Inventing Iraq: The Failure of Nation Building and a History Denied 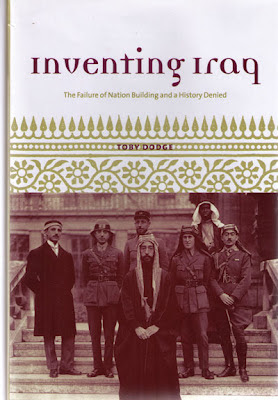 I always knew my father really liked computers, but never realized the extent of his obsession until I was in middle school. After a long day at school and various extracurricular activities, I returned home to resume some school assignments on the computer. Only I encountered a problem: the computer was lying in tiny little pieces across our living room floor. In shock, I remember stepping towards the defunct computer, as if in a trance. My foot was subsequently pierced by one of the computer’s small little screws, hidden in the rug.

It was at this point that I lost it: In the mind of this middle school overachiever, all of my hard work (my papers, my power point presentations, etc.) had just been destroyed by my father. I don’t remember exactly what I did; but I remember feeling as if I was about to weep in exasperation. My father rushed in, explaining his decision: “You know how long the computer was taking to turn on? Once I am done, it will go faster.” I felt like crying out, “If the computer works at all!”, but ultimately decided to remain quiet. Needless to say, that night, my father reassembled the computer. The following morning it did work, and yes, it was faster.

Speaking of computers, my family has always been PC people. Once, my father got his hands on a Macintosh, a computer which in his opinion ran too slow. However, when he went to take the computer apart to "fix it," he found himself unable to do so. In fact, he had to use his PC laptop to get the information to reassemble it. According to him, Apple makes Macs un-fixable except by those in the Apple Store, thus running a monopoly over computer repair. I bring up this point not to join in the Mac-PC debate, but rather as an introduction to a video to a comedy skit, which in my opinion perfectly represents the current events of the 2000s: Apple Presents the IRack. Not only does it describe the Apple craze that engulfed the United States culture, but it also goes into the foreign policy of the U.S. during this time, in particular the issue of Iraq.

When searching for a book about Iraq, I wanted to find a book that brought light to the current events of the U.S. invasion from a historical perspective. I was a bit afraid that if I chose a book focusing solely on current events, I might not get an unbiased approach. I eventually chose Toby Dodge’s “Inventing Iraq: The Failure of Nation Building and a History Denied.” Although I found the book very interesting, by the time I finished the first chapter, I was worried that many of the concepts were flying over my head. Instead of focusing on the U.S. invasion and occupation, it focuses on Britain’s involvement in Iraq following World War I. The book delved into concepts otherwise foreign to me – the Mandate System, inner-workings of the League of Nations, and land policy. In the Preface and the Conclusion (in my opinion, the most accessible parts of the book), the author makes comparisons between the British and American control of Iraq.  Ultimately, although the book was challenging, I learned a great deal. 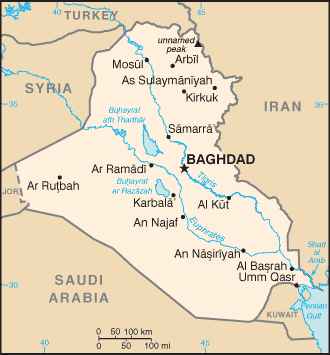 While abroad, I received many questions about the United States' invasion of Iraq. Most of these questions came from friends, wanting to know what American citizens really thought about this issue. Remembering back on the emotional and patriotic high after 9/11, it seemed to me that people were willing to support even the most drastic of actions - without knowing all of the facts. I was interested to read the book's reasoning for the invasion of Iraq, which was the “broadest possible definition of terrorism.” It quotes President Bush’s 2002 State of the Union address, when he termed the Axis of Evil (Iran, Iraq, and North Korea), stating that they “were a grave and growing danger not only because they were ‘seeking weapons of mass destruction,’ but also because they ‘could provide these arms to terrorists, giving them the means to match their hatred.’”

Please feel free to comment on these topics or note something interesting from the book. I look forward to hearing your opinions!
Posted by Unknown at 11:06 AM