Women in Kuwait: The Politics of Gender 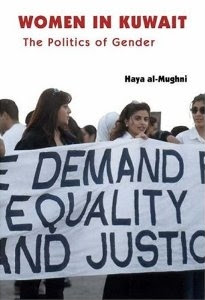 Trying to come up with some clever introduction about Kuwait, I found myself befuddled. Typically in such situations, I ask myself; how did I first come to learn about Kuwait? Unfortunately, I had no clear answer to this question. Perhaps I learned it during middle school when I was forced to memorize a bunch of countries and their capitals. The problem to this seemingly perfect answer was that the capital name seemed to escape me. (This was fixed by a quick Google search, when I embarrassingly discovered that the capital’s name is… wait for it… Kuwait City.) However, I did have some random facts about this small country. For example, I knew of its geographical location between Iraq and Saudi Arabia. I also vaguely knew that the United States engaged in some conflict in the country before I was born and still has presence in the country. A family friend who works for the Air Force recently returned to the United States after serving several months at a military base in the country.

However, when it came to choosing books, I was becoming increasingly exhausted with reading books about conflicts. Summer was in its bright glory and I was getting tired of books about death. Thus, I opted to choose a book on a different, but equally interesting, topic. I chose a book entitled “Women in Kuwait: The Politics of Gender” by Haya al-Mughni.

As a newcomer to this subject, as well as to gender issues in the Islamic world, I found the book both interesting and accessible. Interestingly, the author immediately ties in gender issues with socio-economic issues at the very beginning of the book: “Access to resources and privileges, which are mediated by kinship and class relations, divide women and set them apart. By virtue of their class membership, upper-class women have much wider opportunities than others.” Thus, the beginning of the book is dedicated to the history of Kuwait and how the socio-economic divides (which persist to this day) first came into being. By the time Kuwait established its independence, it began to benefit greatly from oil revenues, perpetuating class divides, but not creating them.

Before the oil industry, there was the pearling industry. This industry forged both divisions and partnerships. The small ruling class and the small merchant class often had similar interests, which were often contrary to the lower classes, including fishers and nomads. In order to maintain wealth and avoid conflict, families often arranged marriages between kin. This increased the differences between class divides and interests.

Some interesting facts include:

Please feel free to comment on these topics or note something interesting from the book. I look forward to hearing your opinions!
Posted by Unknown at 11:52 PM