Playing with Fire: Pakistan at War with Itself 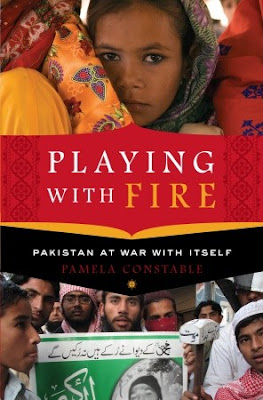 I had heard about price discrimination in my economics classes, however, I had never quite realized its relevancy to my life until then. I looked at the Pakistani man holding up the Barcelona t-shirt, smiling and prattling on about its fine design. The only thing I could think about was that there was no way that I was going to spend the equivalent of 30 USD for that crappy little t-shirt. I began to walk out of the store, and as I began to do so, he began to name lower and lower prices.

Price discrimination is when a seller charges different prices to different people for the same exact goods. Upon getting outside of the store, I realized his tactic in doing this: All of the items were marked at ridiculously high prices – just in case I was willing to pay that price. Since I wasn’t willing to pay, he was willing to offer me lower prices. Based on my reading, I knew that this was a common practice in other areas of the world, so I decided that I might as well give it a shot. There were 20 Pakistani tourist shops on this street alone – lots of opportunities for experimentation.

And experiment I did: Every store I went into, I took on a different persona. I quickly learned that my American English accent didn’t do me any favors – so Spanish it was. I soon discovered that even mentioning the words “United States” in whatever language led to higher prices. I will admit that I tried to be a little flirty in one of the stores, which quite embarrassingly did not lead to the low prices I so desired. (First lesson learned: I am a terrible flirt.) As the grand finale to my experiment, I decided to pretend that I spoke neither English nor Spanish - the greatest challenge yet to my acting abilities, as it is very difficult to hear a conversation of which every word you understand and trying to feign a lack of recognition on your face. Luckily, I play this role well: with this approach, items marked 30 euros suddenly dropped down to 5 euros. (Second lesson learned: I will never complain about Walmart again and I will rejoice every time I step foot in Marshalls.)

When searching for a book about Pakistan, I had absolutely no idea of where to begin. If the basic system of shopping was so different between the American and Pakistani cultures, I knew that I would be embarking on a journey to learn about a culture completely different from my own. I eventually decided upon the book “Playing with Fire: Pakistan at War with Itself” by Pamela Constable. It was one of the first books I read in this book challenge, and thus, my system for choosing books was not yet perfected. Needless to say, this book might be a little subjective. In order to gain a better understanding, I met with a friend of mine – a young Pakistani graduate from my college who has ambitions to go to medical school – and requested that she read the book and give me her opinions. She has since returned the book and we have plans to get together soon to discuss the book.

Aspects that I found particularly interesting about the book are:

Please feel free to comment on these topics or note something interesting from the book. I look forward to hearing your opinions!
Posted by Unknown at 9:22 PM