Inside the Kingdom: Kings, Clerics, Terrorists, and the Struggle for Saudi Arabia 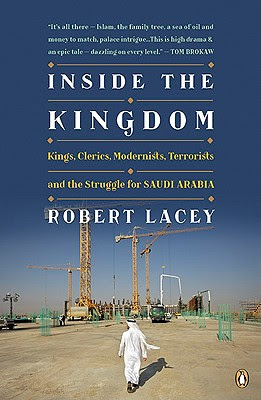 Most people think opera is outdated. I beg to differ. My belief does not only stem from the fact that I sing opera, but also historical and modern events. I mean, is it a coincidence that whenever a country obtains a certain degree of wealth, it constructs an opera house? Historically-speaking, opera was an early cultural import of European colonizers as they settled across the world. Interestingly, the precedent for opera has not only continued, but flourished, in these areas of the world. For example, South Africa boasts not one, but two, opera companies. Both India and Vietnam feature beautiful opera houses, remnants from its history of colonization. However, we can also see the relationship of opera and wealth in the modern day, exemplified by the rise of both opera and opera houses in China. The National Center for Performing Artsin Beijing hosted its first ever western-style opera festival in 2009. Moreover, China boasts two other modern opera houses in Shanghai and Guangzhou, the latter whose opening in 2010 marked the end of a 202 million USD construction process.

While I knew a good deal about operatic communities elsewhere, I had very little knowledge of opera in the Middle East. When I got Robert Lacey’s book, “Inside the Kingdom: Kings, Clerics, Terrorists, and the Strugglefor Saudi Arabia,” I had no expectations that opera would be mentioned – and was subsequently interested to discover that “[Fahd, the Crown Prince] liked to joke with European friends that he would one day commission the construction of a grand national opera house in Riyadh, in which Aida would be performed with not one, but ten elephants” (page 38.) This book is very interesting in that it details Saudi Arabia’s recent acquisition of wealth – as well as the gains and the consequences of this newly-found wealth.

(The relationship between opera and wealth throughout history and modern times is a topic in which I am very interested. In fact, I applied for a travel grant to study this topic, only for my proposal to be rejected – like so many of my other grants and scholarship applications this year. One of these scholarship committees had the nerve to send a rejection email on Valentine’s Day. Needless to say, after a lonely day of 4 ½ hours of classes and an additional 6 hours of writing a 10-page paper on a topic I was convinced didn’t deserve more than 2 pages, I melodramatically vowed that I would never apply for another scholarship again. A few months older, I am proud to say that I am over these disappointments - until the next rejected scholarship/grant, that is.)

This book makes so many connections between concepts, that I am afraid that I will not do it justice in my blog post. The purpose of the book is to describe the political, social, and economic reasons for Islamic radicalism in Saudi Arabia – the home country of not only Osama bin Laden, but also 15 out of the 17 plane hijackers on 9/11. 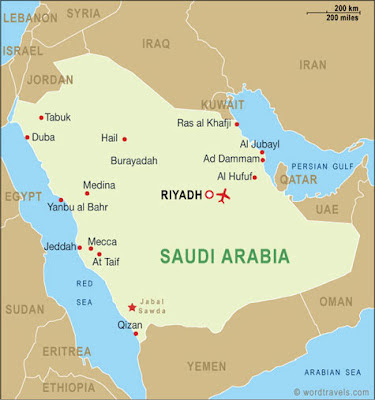 Throughout recent history, the relationship between Saudi Arabia and the United States has been a relatively strong and productive one, as described in Chapter 8. In the midst of the Cold War, Saudi Arabia engaged in operations to hinder the spread of Soviet influence alongside the United States (perhaps most famously offering Afghanistan support for its jihad following Soviet invasion.) Saudi Prince Turki stated, “We saw it as our job to fight against Soviet atheism wherever it might threaten” (page 66.) An American company provided much-needed financial resources to the Saudi government during the worldwide economic depression of the 1930s, for the rights for oil. The United States provided assistance to Kuwait and Saudi Arabia during Desert Storm (following Sadam Hussein’s invasion) – a meaningful act, as countries like Egypt and Jordan did not provide support. Disagreements have often arisen over the issue of Israel/Palestine. However, shortly before 9/11 occurred, the king has successfully lobbied for then-president George W. Bush to support a “2 state solution” – the first U.S. president to do so publicly. Following 9/11, however, the attention of the United States in the Middle East turned to the elimination of terrorism.

Islamic radicalism in Saudi Arabia was a main topic in this book. I found three aspects of this topic particularly noteworthy: