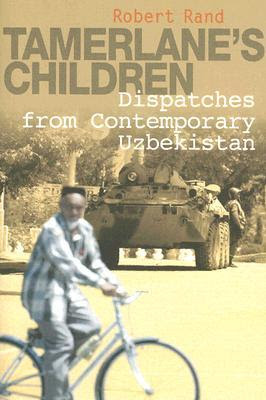 I will make a somewhat startling admission: I am a faithful viewer of “Here Comes Honey Boo Boo.” To redeem myself for this indulgence, I will say that my interest in Honey Boo Boo comes not only from its entertainment value, but also its important cultural relevancy: Having grown up in the South and frequently shopping at Wal-mart, I encounter these sorts of characters every day and I enjoy the opportunity to see their lifestyles up-close and personal on television.

That being said, “Here Comes Honey Boo Boo” is the only entertainment show I watch on cable television, as Netflix is my go-to source for entertainment. One of my favorite shows is the original, black-and-white Twilight Zone series. Although I love Twilight Zone for its entertainment value, I find that this series (like Honey Boo Boo) has important cultural relevancy. The series lasted for five years – starting in the late 1950s and ending in the early 1960s. This era is certainly evident in the themes and conflicts of the episodes – the struggle for individualism, the strong anti-authoritarian government sentiment, and the destruction of war.

There are so many cultural phobias manifested in this series. I always find it interesting when the episodes feature the post-apocalyptic world after nuclear fallout. When discussing this with my father, he shared with me how he and his friends would pretend war and surviving nuclear fallouts when they were children. (Imagining young children in the present day playing “nuclear fallout” is an interesting and strangely comical thought  to me – as nuclear weapons are not taught until somewhat late in children’s education and primarily in a historical context.)

I mention the Twilight Zone because it makes me think about the cultural phobias which manifest themselves in our modern media – the lone gunman, terrorism, and religious extremism.  As a US American, I cannot stress the cultural impact which 9/11 has made on my country’s population. I know that it has made a tremendous impact on me and the way I view the world. When I was young, my parents took me to the restaurant, Windows on the World (on the top floor of the North Tower.) Subsequently, watching the towers collapse on the television screen felt like a violent and personal attack.

9/11 has been a central feature in many of the books that I read about the Middle East. However, I assumed that once I entered into another geographical region, such as Central Asia, that 9/11 would no longer have such significance. I assumed wrongly. Although modern media often focuses on foreign relations with countries in the Middle East, the countries from other regions have played large roles in the War on Terror. One example of this is the country of Uzbekistan, which shares a common border with Afghanistan. In the early years of the War on Terror, Uzbekistan provided the United States with access to the K-2, or the Karshi-Khanabad airbase. This gave the United States a regional presence and access to any location in Afghanistan within two hours. (Interestingly, Uzbekistan ordered all United States forces out in 2005, following the United States’ condemnation of the Uzbek government’s human rights violations.)

I had no idea that there was a country named Uzbekistan before I started researching it in order to purchase a book for the Global Book Challenge. When I started reading Robert Rand’s “Tamerlane’s Children: Dispatches from Contemporary Uzbekistan,” I was surprised at the interest level and quality of the book. The author lived in Uzbekistan for several years, working as a journalist as his wife worked in the nation’s capital of Tashkent as a United Nations employee. His cultural insights are really fascinating and perfect for anyone wanting a brief introduction to the particularly current issues facing this country, and even the Central Asia region in general. Despite being consumed with studies, I devoured the book in two days.

I will particularly focus on two topics of which I found to be of considerable interest: government and religion in Uzbekistan.

The Uzbek political life is dominated by the president, Islam Karimov, described in the book as, “tennis amateur, former Soviet Communist Party boss, and the first and only president of the Independent Republic of Uzbekistan” (page 4.) He is perhaps most well-known in the western world for the violations of human rights which have occurred under his regime. Interestingly, the War on Terror was a perfect excuse for him to consolidate his power through force. Religious extremism and political dissent had been two issues which he personally faced – having been the target of car bombings in 1999. Blaming extremists, “the President initiated a security crackdown that continues to this day… mosques have been stripped of loudspeakers to mute the public broadcast of the call to prayer, and thousands of Muslims have been jailed for professing their religion in a manner unsanctioned by the state” (pages 6-7.)

According to the author, the government takes on an authoritarian role, as citizens are unable to even criticize the President. Human rights are of utmost concern to the international community – it was this issue which deteriorated the relationship between Uzbekistan and the United States. In May 2005, government forces killed as many as 500 protestors in the Andijon Massacre. The summer of 2005 was marked by unprecedented violence, as Uzbek citizens tried to bring about change to power, similar to the way neighboring Kyrgyzstan had toppled the regime of Askar Akayev earlier that year.

Another interesting topic discussed in the book is that of religion. Uzbekistan is over 90% Muslim, but religious freedoms are limited by the state. Uzbekistan has a strong Muslim heritage and is actually the resting location of the oldest known copy of the Qur’an in the world. However, life under Soviet control had its impact, and the political atmosphere has not allowed the return of religious freedom. In short, Uzbek citizens are forced to live in a secular, Islamic world.

To bring this post full-circle: I would venture to argue that a cultural phobia in the United States is that of religious extremism. We applaud secularism in the Muslim world. However, do we promote and applaud secularism to the point that it diminishes the importance of religious freedoms? How do we, as citizens of a nation fighting religious extremism, reconcile our own fears of extremism and our nation’s role of the defender of rights?

Please feel free to comment on these topics or note something interesting from the book. I look forward to hearing your opinions!
Posted by Unknown at 12:05 AM