A Contest for Supremacy: China, America, and the Struggle for Mastery in Asia 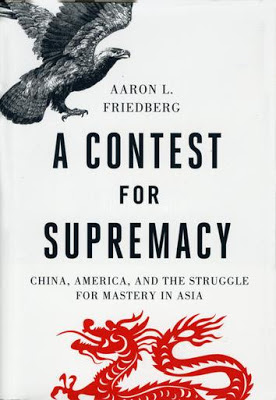 After receiving a high recommendation on this book from a contact for whom I have a good deal of respect, I read Aaron L. Friedberg’s “A Contest for Supremacy: China, America, and the Struggle for Mastery in Asia.” When I shared the title of this book with others, I got many raised eyebrows – questioning my choice. I will admit that the title seems to refute my goals of objectivity and cross-cultural understanding. It is for this reason that I would like to provide some background information that played a role in my thought process in choosing this book.

The author states that, “Even if great-power war is a thing of the past, great-power rivalry certainly is not” (page 39.) The purpose of this book is to offer an introduction to the rivalry which has erupted on the Asian continent between the United States and China. It begins with a brief history of Sino-American relations – how an international partnership between the People’s Republic of China and the United States was established and the reasons why. The book then discusses the recent strategies of the United States to curb the growing power of China. Finally, the book hypothesizes about the future and the ways by which relations between these two countries might develop. 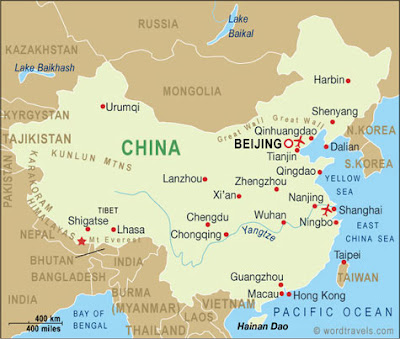 I have yet to sit through an economic history course which does not address the Industrial Revolution in the first week. Similarly, this book poses the question, “Why did the Industrial Revolution happen first in the West rather than the East?” on page 11. The author brings up the Industrial Revolution because it set the East and the West on separate paths and created a discrepancy which can be felt even to this day. Needless to say, the fact that China has regained its empire (which was slowly dismantled during the time of the European arrival to Asia) plays a huge role in today’s world – a source of pride for the Chinese people and posing the question to the Western world whether China would like to further expand its territorial empire. Another factor associated with industrialization is China’s rivalry with Japan, a country which industrialized more quickly than its neighbors and built an extensive empire on the Asian continent which was only dismantled following World War II.

The People’s Republic of China was established in 1949 by Mao Zedong. The United States did not extend diplomatic relations until 1979 through an agreement between President Jimmy Carter and Chairman Deng Xiaoping. It is important to note that a precedent for the normalization of relations was set earlier – most notably in 1972 with President Richard Nixon’s historic trip to Beijing to meet with Mao Zedong. (As a side-note, I will mention that this event serves as the subject for the opera Nixon in China by John Adams, which was recently performed at the Metropolitan Opera. I recently enjoyed an enlightening and lengthy conversation with President Nixon’s brother, Edward, about this opera and the importance of classical music instruction in the Nixon home - evidenced through this Youtube video.) Within these 30 years, there is a clear change in the United States’ attitude. Interestingly, these changes of attitude were often brought about by unanticipated or outside factors:

Much of the book discusses factors associated with the Sino-American rivalry – including how the rivalry has manifested itself. It is my belief that just as relations were changed in the past due to unanticipated or outside factors, any future change (including conflict) will likewise be brought about by unanticipated or outside factors. Perhaps this will be brought about by the growing rivalry between China and another Asian power (such as India or Japan) or the global economic situation (which is especially noteworthy, as the effect of the 2008 crisis on Sino-American relations is yet to be fully determined.)

Please feel free to comment on these topics or note something interesting from the book. I look forward to hearing your opinions!
Posted by Unknown at 11:45 PM