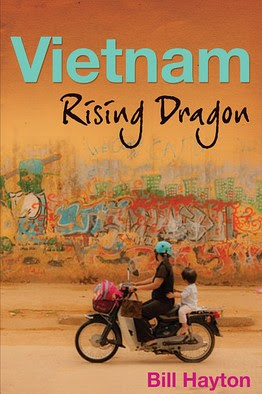 At the end of this month, I will travel to Berlin, Germany to begin a semester of German language studies. To my slight discomfort, I am unsure on when I will return to the United States – it could be June, July, or even August, depending on my course choices and internship opportunities. Nonetheless, returning during the summer means one thing: I will not walk across the stage for my graduation during May 2013 to receive my diploma.

My family has accepted my deprivation of ceremonial formalities with understanding and support (partly because they are certain that I will continue my academic studies and provide them with more opportunities to see me “graduate.”) Another factor in their acceptance is the fact that, in my family, undergraduate education is an expectation. Both of my parents have undergraduate degrees. All four of my grandparents attended college and three of them obtained degrees. When I start going back further generations in my family’s history, countless of my direct ancestors (including a few women) received high levels of education.

I mention these anecdotes about education in order to introduce the country of Vietnam. To be honest, I do not remember a time when I did not know what or where Vietnam was. I can credit this to my family. One of my grandmothers went back to college as an adult woman. After obtaining her degree, she became an English-as-a-Second-Language teacher, working with Vietnamese, Cambodian, and Laotian refugees who had settled in the area. Needless to say, the Vietnamese community became an integral part of the tapestry of our family life. Growing up, I was enthralled by stories of cultural miscommunications. (One such story is at my grandparents’ 25th Wedding Anniversary party when the musical band made up of Vietnamese immigrants played continuously “Your Cheating Heart.” Later, it became known to the family that they had chosen this song because of its melody and they had no idea the true meaning of the lyrics.)

After having covered the Vietnam War in one of my academic courses last semester, I did not want to read a book which discussed the war. Based on my childhood experiences with the Vietnamese community, I knew that there was a more diverse and complex story to be told. However, the country of Vietnam constantly seemed to arise in my studies and interests. For example, both Hanoi and Ho Chi Minh City boast opera houses – remnants of French colonial rule. Moreover, I was surprised a few years ago to Google myself, only to discover that I was the subject of an article of a popular Vietnamese magazine. I finally decided upon Bill Hayton’s “Vietnam: Rising Dragon,” a book which discusses Vietnam as a rising power, as well as the challenges it faces in the upcoming years. 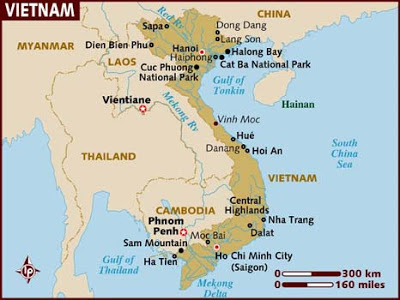 Most of this book discusses the concept of power and how the Communist Party in Vietnam is intent on retaining its power. This has grown to be more and more problematic due to a number of reasons. Perhaps the most important reason is that the demographics of Vietnam have changed substantially in recent years, as “more than half the population is under the age of 26” (page 2.) Another issue associated with the changing demographics is that the memory of the Vietnamese people has changed – the United States is no longer seen as an enemy. Instead, the author discusses Vietnam as a country caught between competing international powers – both benefiting from and fearing China and the United States. The challenge that the Party faces due to changing demographics is essentially an economic issue: the country must provide ample opportunities to its young people in order to ensure peace. “To survive, the Party knows it has to match a simple, but terrifying, figure: one million jobs a year” (page 3.)

The author discusses past actions, including the liberalization of the economy, that have allowed the Communist Party to keep this power. The author also discusses the current situation in Vietnam and how the Party is hoping to develop to retain power. It is first important to mention that they are hesitant about full-scale liberalization in Vietnam as well as the development of a middle class, as this could change the balance of power. Indeed due to the nature of the liberalization process, “the gap between the top and the bottom of the pile is wide and getting wider” (page 25.) Interestingly, the Party has made itself open to more democratic reforms in order to stabilize its power: “the Party is prepared to allow greater participation in the management of the state, especially at village level, but it isn’t prepared to let the people rule” (page 262.)

I knew some about the power of the Communist Party in Vietnam. I do not often go for manicures/pedicures, but a couple of years ago, I received a gift certificate. As most of these stores in my area are owned by Vietnamese, I soon found myself in a lengthy conversation with the manicurist about her reasons for immigrating to the United States and the current political state of Vietnam. (I will admit that I highly enjoyed this conversation, but received a lot of dirty looks from some of the other women in the shop – sitting in massage chairs with tabloids on their laps.) This book delved into how power is exercised in Vietnam including:

Please feel free to comment on these topics or note something interesting from the book. I look forward to hearing your opinions!
Posted by Unknown at 10:39 PM