A History of the Philippines: From Indios Bravos to Filipinos 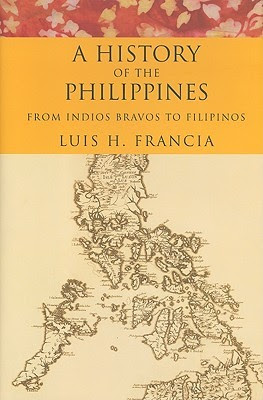 One of the points of the presentation would always sound something like this: “As well as gaining considerable influence over Cuba through the Platt Amendment, the United States also gained control over the remaining Spanish territories of Guam, Puerto Rico, and the Philippines.” I will admit that I never really thought deeply about this point. The idea that there is an Asiatic island nation that was not only a part of the Spanish empire (despite the very pronounced geographic distance), but also the empire of the United States empire is a topic that now very much interests me. In my experience as a United States American, the Philippines is not really mentioned – although it was an integral part of our identity and our foreign policy for some time. Likewise, in Spain, the Philippines never came up in conversation, the way that other countries colonized by Spain would.

Knowing very little about this area of the world, I decided to buy an historical overview of the Philippines entitled “A History of the Philippines: From Indios Bravos to Filipinos” by Luis H. Francia. The main topics of the book are the Philippines’ colonial history and the challenges the country faces in trying to break out of colonialism, particularly evident in the dictatorship of Ferdinand Marcos who was President of the country from 1965 to 1986. Colonialism is by far the greatest and driving force of the nature of the Philippines, which is an island nation that is spread out, encompassing a large range of diverse peoples. It is important to note that the Philippines was ruled by a colonial power from 1565 to after World War II – first by the Spanish, then by the United States, and finally, by the Japanese. “For all of the cultural, racial, and political differences among the three, they exhibited the same attitude towards the indigenous population: couched in official rhetoric, the natives were to be saved from themselves – whether through Spanish Catholicism or U.S. democracy or Japanese ascetism” (page 14.) 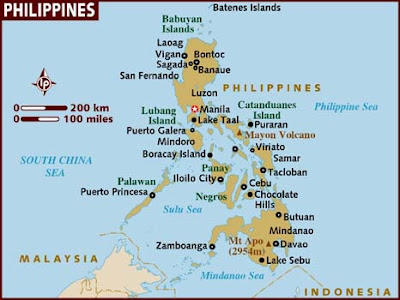 There were three points of the book that really permeated my thoughts: 1.) the role of religion in creating a complacent nature among the colonized; 2) the imperialism of the United States and how this history remains forgotten in the U.S. discourse; and 3.) the importance of language in the creation of a national identity.

Please feel free to comment on these topics or note something interesting from the book. I look forward to hearing your opinions!
Posted by Unknown at 12:14 PM