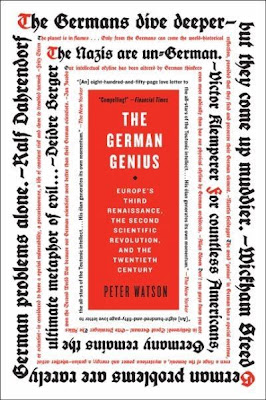 One thing I love about living in Germany: it has a culture that cherishes books. Within the first few weeks of coming here, I had an appointment at the Bundeszentrale für politische Bildung, where I discovered the rights for many nonfiction books have been purchased by the German government. These books are then sold at a subsidized price in the name of “civic education,” which the Germans consider integral for a healthy, functioning democracy. However, the culture of books is not limited to public policy – you can see it everywhere. Walking around the streets of Berlin, I see more red Dussman (the large, multi-story bookstore on Friederichstrasse) bags than bags of any other store. On the U-Bahn or S-Bahn, it seems to me that over half of the people are reading books. I have adapted myself to this culture very well (so well, in fact, that I am starting to worry how I will ever get the many books I have acquired and read back to the United States!)

And the thicker the book in Germany, the better. It is with this attitude that I bought and devoured the nearly 900-page “brick” by Peter Watson, The German Genius: Europe’s Third Renaissance, the Second Scientific Revolution, and the Twentieth Century. Growing up with a deep love for classical music and with a mother who is an artist, my first exposure to the German-speaking world was Mozart, Beethoven, and Klimt. My knowledge and exposure to Nazism and Hitler came during elementary school – long after the foundation for the German-speaking world having a positive legacy on our western world had been laid. I was subsequently fascinated when I read the following statistics in the Introduction:

I was fascinated by these statistics and wondered how our education and our media only present  the German-speaking culture as associated with a fascist regime.  The German-speaking culture also produced Gutenberg, Martin Luther, Goethe, Sigmund Freud, Gustav Klimt, Wolfgang Mozart, Ludwig van Beethoven, Karl Marx, and Albert Einstein, among countless others. My fascination with these statistics led me to read the entire book – which chronicles the cultural history of the German-speaking world, including how it affected the western world’s way of thought. Looking back on it, I am very glad that I read this book within the first few weeks that I came to Germany – it provided me an understanding of all of the major figures who played important roles in the creation of German intellectual thought: the Humboldt brothers (the namesake of my German university), Friedrich Engels, Max Weber, Immanuel Kant, Carl Gauss, and Friedrich Schiller.

At the same time, I found myself pondering three key thoughts that were introduced to me in the book: 1.) the development of the 1871 German state and whether the involvement of the citizenry is necessary for the creation of a successful state; 2.) the 60s in Germany and how rebellion from the older generations manifested itself in different ways in different countries; and 3.) the genesis of “high culture” in Germany, despite the fact that this same high culture was censored and repressed during the course of events of the last century.

Please feel free to comment on these topics or note something interesting from the book. I look forward to hearing your opinions!
Posted by Unknown at 4:00 PM