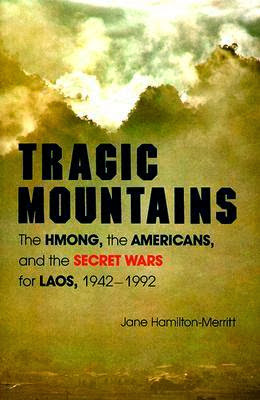 When I lived in Berlin, I attended the American Church of Berlin (ACB) – an English-language church with a very diverse and international congregation. To be honest, after having grown up with the strong religious tradition of the southern United States, I found this environment liberating. It was open and accepting to all and “Americans” did not make up the majority of the congregants. At the beginning of my studies, I had joined the traditional church choir. However, one aspect of the church that I adored was the gospel choir that performed at least once each month – its membership coming from the large percentage of the congregation which came from Africa. After all services there were food, coffee, and always a great deal of conversation and fellowship. I guess I loved it so much because every Sunday at the ACB felt like a celebration.

In the spring and summer months if the weather was nice, I then dedicated the next part of my Sunday to going “tent shopping” at one of the many street/park markets in Berlin. As one who doesn’t particularly enjoy traditional shopping, I found myself loving the shopping experience that these markets provided: digging through boxes of used clothes, haggling the prices down (in German, no less! Hello 2 euro dresses!), milling around for hours, listening to the musicians who stationed themselves in the middle of the market, drinking freshly squeezed orange and pomegranate juice, and finding little treasures from Germany’s history.

I bought a lot of these treasures for me and for friends – old DDR (East German) medals celebrating good socialist behavior, crazy inflated currency from the Weimar Republic (I have a fifty million German mark bill in my wallet), shards of the Berlin Wall, etc. However, there was one thing that I must admit that I wanted desperately but knew would be both impractical and expensive to bring back with me to the US: a gas mask.

I remember digging through a large cardboard box when I first encountered my first historic gas mask. The old rubber had lost a lot of its elasticity. Its green color was faded. I was shocked by how heavy it sat in my hand. I was repulsed by it, but I couldn’t really find the nerve to set it down. Thoughts raced through my mind, particularly as I imagined the previous owner of the mask and tried to comprehend his/her fear of the political situation of the time. Looking at it, I thought of one of my favorite poems as a teenager, “Dulce et Decorum est” by Wilfred Owen; it brought new meaning to the words: “GAS! Gas! Quick, boys!-- An ecstasy of fumbling, Fitting the clumsy helmets just in time… Dim, through the misty panes and thick green light as under a green sea, I saw him drowning.”

It is with this recent experience that I began to read Tragic Mountains: The Hmong, the Americans, and the Secret Wars for Laos, 1942-1992, written by Jane Hamilton-Merritt and published in 1993 by the Indiana University Press. I had purchased the book because it seemed like an interesting (and yet accurate) account of Laos, with positive reviews from former CIA director William Colby and CNN journalist Peter Arnett. It was only when I found myself engulfed in the book, that I realized that it was going to cover to so-called (and still disputed) “yellow rain:” the chemical weaponry provided by the Soviet Union and used against the Hmong people by the communist Laotian government in the early 1980s. Seeing the recent images coming out of Syria while at the same time reading these accounts and seeing photographs of Hmong children likewise victimized by chemical toxins, I found myself in a state of disconcertment.

First, I feel as if it is necessary to provide some information on Laos today. As this book was written 20 years ago, I had to do some research to gain a better understanding. Firstly, it should be noted that Laos is landlocked and surrounded by Vietnam, Cambodia, Thailand, Burma, and China. Like a couple of its neighbors, it is a communist state and its political environment is dominated by a single party: Lao People’s Revolutionary Party. Laos is home to some 6.7 million people – slightly more than the population of Paraguay and Jordan. Of this 6.7 million, an estimated 33.9% survive with less than $1.25 USD per day – a level of extreme poverty – according to the UNDP. It is also important to note that Laos is home to many different diverse ethnic groups. According to the World Factbook, ethnic Lao (which mainly live in the lowlands, where the capital Vientiane is located) make up around 55%; ethnic Khmou (which live in the north) make up around 11%; ethnic Hmong (which live in the mountainous region) make up another 8%; and 100 other small ethnic groups make up 26%.

Laos was of particular geopolitical importance in the years leading up to and during the Vietnam War, according to the so-called “domino theory.” First described by President Eisenhower in 1954, it said that the countries of Asia could – and would – quickly fall to communism without U.S. involvement:
You have a row of dominoes set up, you knock over the first one, and what will happen to the last one is the certainty that it will go over very quickly. So you could have a beginning of a disintegration that would have the most profound influences.

Laos, bordering both communist China and Vietnam, seemed of strategic importance to the United States. It found an ally in the Hmong people, an ethnic group which lived in the mountainous region and had never assimilated culturally or linguistically to the ethnic Lao, who governed most of the country. Under the leadership of Hmong leader Vang Pao, for 15 years alongside the Americans, the Hmong “had destroyed a billion dollars worth of equipment heading for South Vietnam in order to deny this equipment to Hanoi’s troops and the Viet Cong there. He [Vang Pao] and his troops had fought the tough North Vietnamese Army and killed many of them to protect the Hmong homeland and the Lao towns in the Mekong River Valley. His men had rescued many American pilots. These efforts had taken a huge toll on the Hmong: some 17,000 soldiers had been killed and uncounted numbers had been wounded. Perhaps as many as 50,000 civilian Hmong had been killed or wounded.” (page 334)

Subsequently, the departure of United States troops from Southeast Asia in 1975 was devastating to these people. That same year, the Pathet Lao (with assistance from the communist Vietnamese army) overthrew the Laotian monarchy, which further affected the status of the Hmong people. This book, which covers 50 years of conflict of the Hmong people does not end with the Vietnam War because “while the Vietnam War was over for the Americans, the fighting continued for the indigenous people as the new regimes tried to eliminate opposition. The United States paid little attention to the plight of its former allies. Most Americans wanted to forget the conflict which had divided the nation.” (page 10)

The author, a journalist who traveled extensively throughout Laos, shares her firsthand experience of the “yellow rain,” or the chemical and biological weaponry supposedly used against the Hmong people by the Laotian government in retaliation for the group’s pro-US involvement in the Vietnam War. Most of the documents regarding this incident are still classified by the U.S. government and it is still a source of controversy today. However, reading the author’s firsthand experience seeing the victims of this was a very moving experience. I had no idea of these incidents (which took place in Laos from the late 1970s until 1981) and found it very compelling. For anyone interested in the topic of chemical and biological warfare, I would certainly suggest this book, as the author not only shares her experiences, but also makes chilling predictions: “Clearly CBW [chemical-biological warfare] weaponry, cheap and relatively easy to produce, is the poor man’s equivalent of nuclear capability, and might become the weapon of choice for poor countries.”(page 436)

Please feel free to comment on these topics or note something interesting from the book. I look forward to hearing your opinions!
Posted by Unknown at 9:26 PM