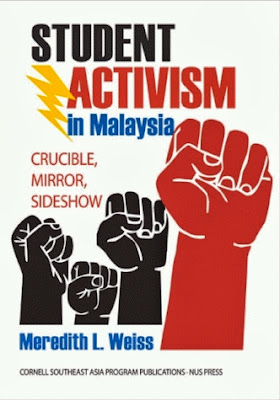 I have never had any desire to protest – not anywhere for any cause. In fact, I really cannot imagine myself ever protesting actively. Perhaps this is just egocentric on my part, but I have always thought that my presence – both mind and body – could be put to so much better use than just adding myself to the masses shouting on the top of my lungs. Needless to say, I am not a crowd person.


This doesn’t mean that I haven’t experienced protests as a spectator and appreciated them from an academic standpoint. The first protest I ever stumbled upon was in Barcelona. Normally, I tried to avoid protests especially when I knew that they were going on. However, in this instance, my parents and grandmother were visiting me and I wanted to show them the best sights during their short stay. They found the protest in the main Plaza Cataluña fascinating and it became a translation exercise for me – my Catalan skills put to the test! My second protest was one that I actively chose to attend. While attending Democratic National Convention in 2012 events as a representative from my college, I decided to spend one of the afternoons watching an Occupy Protest Parade. I found myself standing next to a CNN team the entire day and struck up a sort of friendship with the cameraman (who was a part of the team in Baghdad which brought CNN to global fame during the First Gulf War) which now involves Facebook and Christmas card correspondence.

Perhaps my lack of willingness to protest is just a sign of my complacency in the United States. Perhaps I am jaded. But, to be honest, I don’t really feel as if I could make much of a difference through protests and activism. After having encountered people from other countries, I wonder if I would feel differently if I was not a U.S. citizen. It is with this background that I chose to read Student Activism in Malaysia: Crucible, Mirror, Sideshow written by Meredith L. Weiss and published in 2011 by Cornell University’s Southeast Asia Program Publications.

First, as this book is very detailed in a specific topic, I believe that it is necessary to give some background information on the country of Malaysia. Unlike Indonesia and the Philippines, Malaysia is not made up of many islands, many with their own languages and customs. (Note: this does not mean that Malaysia lacks in diversity – over 130 different languages are spoken within the country.) Unlike Singapore and Brunei, Malaysia is not a tiny country. In fact, it is slightly larger than the state of New Mexico. The country’s territory is almost equally divided between peninsular Malaysia on the mainland of Asia (which accounts for the bulk of the country’s population and economy) and the island of Borneo (which is also home to Brunei and Indonesia.)

Although it was home to many linguistic and ethnic groups, Malaysia experienced a sort of unification following British colonial control – a process which began in the 1700s. The country was subject to Japan imperialism during World War II and gained its own independence in 1957. It is important to recognize the importance of this colonization in regard to education and the university system, especially when taking into account the ethnic diversity – Malay making up a little more than 50% of the population; Chinese making up nearly 25% of the population; Indian Tamil making up 7% of the population, and other ethnic groups (including indigenous people to the region) making up the rest. I think that it is worth mentioning that although Islam is the official language of the country (and is celebrated in the country’s flag design), it only claims about 60% of the population at its adherents. Freedom of religion is permitted and accepted. Likewise, it is worth noting that the country’s official language is Malay as established in the 1957 Constitution.

The author states that, “The story of student activism in Malaysia weaves through the narrative of a young state engaged in its own sociopolitical development. The university in Malaysia dates only to 1949, when King Edward II College of Medicine (established 1905) and Raffles College (established 1929) merged.” (page 17) I thought this was a fascinating lens by which to read the book and seeing how higher education changed and evolved as the country gained its independence and came into its own.

As the country started on its path to development, it is important to note that the ethnic divides of the population were further escalated through the educational differences of these students. Due to the history of colonization, there were many  English-educated students. Likewise, a factor in education was the Chinese-educated Left, which particularly affected the ethnic Chinese. This had implications even in the university system. “Prior to 1969, Chinese students accounted for around 70 percent of the Malaysian undergraduate population, while Malays made up less than 30 percent; by the mid-1970s, those proportions had  nearly reversed. Moreover, after this transition an increasing majority of Malay students were from poor, traditionally Islamic, rural areas.” (page 19)

The main challenge for Malaysia (and indeed, an issue which remains in the present day) is the creation of a national identity. Indeed, the author noted that language and education were the most “fraught issues” (page 116) in creating a post-colonial Malaysian identity. However, equally important when discussing the creation of this identity is the means by which Malaysia became a country – through peace, rather than through anti-colonial rule conflicts.  “Malaysian students lagged behind many post-colonial counterparts: given Malaysia’s peaceful, structured transition from colonial rule, its citizens’ political engagement only escalated a decade after independence rather than in the course of nationalist struggles.” (page 102)

Please feel free to comment on these topics or note something interesting from the book. I look forward to hearing your opinions!
Posted by Unknown at 9:15 PM