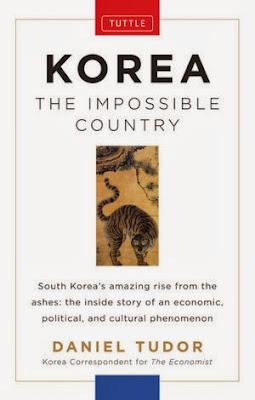 I will share with you a surprising factoid about myself: I am one heck of a dancer. Many of my closest friends are surprised by this, as I am so serious, conscientious, and studious in my spare time. They find it somewhat shocking that I can let it all go on the dance floor. I will never forget the time I ran into my best friend at a party (which was my first and only college party, by the way. Seriously, who has time for those things?), who asked me when she saw me dancing, “Emily, are you alright? Do you need to go home? Are you drunk?” Once I convinced her of my sobriety and my sanity, we spent the subsequent hours tearing up that dance floor.

Just a few weekends ago, my dancing skills were put to the test by an equally enthusiastic and talented dancer, my eight-year-old cousin, Chapman. (You can check out his seriously cool moves in this Youtube video.) In the midnight house party that ensued, we started dancing on the kitchen island counter to “Gangam Style” on repeat. (Yes… I am an epic baby sitter.)

Now, I recognize that probably quite a few of my readers have no idea what “Gangam Style” is. If this personally be the case for you, you are in for a treat in my explanation of pop culture. (Recognizing that I might identity myself as a nerd, I will admit that I had not heard of “Gangam Style” until it was used as an example in one of my economics classes.) “Gangam Style” is a rap/pop song that was released in July 2012 by a South Korean singer, known as Psy. The song is completely in Korean, except for in a section of the chorus, when Psy sings: “Hey, sexy lady!”  It entered into public consciousness not only through its plays on Top 40 radio stations in the United States, but also through its music video – which went viral on Youtube due to Psy’s bizarre dancing. It became the first video on Youtube to reach over 1 billion views and currently stands at 1.77 billion views.

I mention Psy and “Gangam Style” only as the introduction into the book I read about South Korea, Korea: The Impossible Country by Daniel Tudor. When searching for a book about this country, I faced a distinct challenge in the fact that I could choose a plethora of books focusing on a plethora of subjects: a political emphasis about the Korean War and North Korean relations; an economic emphasis about the rise of South Korea companies like Hyundai or Kia; or a cultural emphasis about the foreign forces at play in South Korean society.  I chose this particular book because it seemed like a book that it would offer a brief overview into all of these aspects. (However, I will mention I was a bit disappointed when I received the book and it did not have a bibliography or endnotes section.) Written by the Korea Correspondent for The Economist, this book is divided into five sections, each of which tackles a different aspect of Korean culture.

Please feel free to comment on these topics or note something interesting from the book. I look forward to hearing your opinions!
Posted by Unknown at 8:44 PM