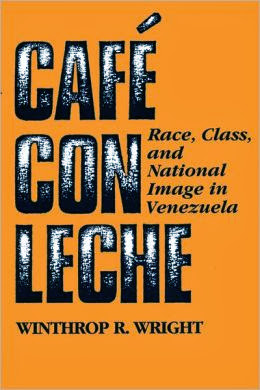 I will say that while in Berlin, I found myself in one of the coolest English-language groups: The Booker Tea Reading Group. This book club, which meets once a month to discuss literature has one of the most diverse memberships that I had ever encountered. Once a month, people of all backgrounds, nationalities, and ages (in fact, the only similarity was that all of the members were highly educated with unique international experiences and perspectives) would bring vegetarian and gluten-free dishes to celebrate world literature. It was here that I met one of my dearest friends from Berlin – a woman who had grown up in Peru but studied in the United States and had moved to Germany with her American husband, who works as an engineer at Siemens.

We had so much fun exploring the city together – hiking, dining, going to an opera, and often just "chilling." One of my favorite days in Berlin was a day in June when she, her husband, and I ventured out to the “Open Embassy Day” together for an entire day of different languages, foreign foods, and interesting conversations. The first embassy on our agenda? Venezuela.

Needless to say, the Venezuelan embassy was an interesting experience and was located inside a big building. When we walked into the lobby, there was a man seated in full military uniform. (Note: Venezuela was the only embassy we attended with somebody present in full military uniform.) He stamped our “Tag der offenen Tür in Botschaften” (Open Embassy Day) passports with great seriousness and signaled for us to get into the elevator. When the elevator doors opened, we were welcomed by a full wall mural of the recently deceased Hugo Chavez –with a broad smile, bright eyes, and an optimistic gaze into the future. My friends, who knew I was dating an anti-Chavista, started chuckling and quickly scrambled to get a photograph of me in front of the mural to send him before an embassy official appeared.

We entered into the open room, which featured different tables elaborately decorated and manned by Venezuelans. Each table focused on a different aspect of the culture. Although I was surprised how many tables were dedicated to religion, the table which interested me the most was the one that looked as if it were a shrine to a portrait with three different women – a European woman, a woman native to the Americas, and a woman of African descent. It was a very interesting portrait: each woman dressed in her respective culture’s dress according to the 18th or 19th century. I turned to the woman standing at the table to inquire more. She began to describe to me that this portrait represented the beauty of Venezuela’s people – that it was a society made up of all three types and how each and every Venezuelan recognized that his or her culture was based in this special mix of culture and ethnicity.

I found her discourse extremely interesting and somewhat contradictory to my own experience in Latin America. Early in my undergraduate studies, I had spent about six weeks in Chile for a language and culture program. While encountering people out on the street, I was witness to some of the most appalling conversations I had ever heard about race. While I never saw any outright acts of racism, I was surprised by the people who felt comfortable making racist remarks in my presence – solely based on me looking “German.” (If you have never seen me angry, you should have seen me in those instances!) It was with this thought in mind that I bought Café con Leche: Race, Class, and National Image in Venezuela, written by Winthrop R. Wright and first published in 1990 by the University of Texas Press.

For anyone who has taken an introductory Spanish course or has been to a Spanish-speaking country, the title must seem a bit odd: coffee with milk - to talk about race relations? The author introduces this concept in the first chapter, explaining that “In 1944, the poet-politician Andrés Eloy Blanco wrote a column in the partisan El País in which he likened the racial composition of Venezuela to café con leche… Venezuelans, after all, had already achieved racial balance through centuries of racial mixing.” (page 1)

The author, a United States professor who arrived in Venezuela to teach, initially found the environment stimulating – especially in contrast to the environment of Birmingham, Alabama in the 1960s. He noted that “Culturally as well as physically, Venezuela society manifested the combining of African, Indian, and European elements. For that reason, most Venezuelans rightfully considered themselves members of a hybridized race.” (page 8) However, after spending more and more time in Venezuela, he began to notice a great deal of undertones in society based on race. This short book basically offers a brief history of Venezuelan racial relations – from Spain’s colonial legacy, the shipment of slaves from Africa to work on plantations, Bolivar’s Pan-Americanism, and the subsequent Federal War of Venezuela (a civil war in Venezuela, lasting from 1859 to 1863 and leading to a great deal of hardship.) All of the information in these sections is noteworthy and, for those of my readers who are Spanish-speakers, I would suggest taking a look at this summary (in Spanish.)

At the end of the book, however, the author notes that race still plays an important role in Venezuelan society. He summarizes his ideas in the last paragraph: “Venezuela’s pardos [a person of mixed African, European, and Indian ancestry] comprise a majority and operate openly in a society that accepts them as they appear. Their multiracial origins do not hold them back… As for whites, they have an option. They can retreat to exclusive clubs and cliques and ignore the gains of other racial groups or they can acknowledge their belief that they live in a racial democracy, secure that in any case they set the norms for cultural advancement. Only blacks realize the full implications of the lingering prejudice that operates below the surface. They, probably more than any other racial group in Venezuela, realize that Venezuelans want only a little café with their leche.” (page 131)

Please feel free to comment on these topics or note something interesting from the book. I look forward to hearing your opinions!
Posted by Unknown at 8:14 PM