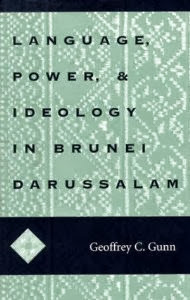 For those who know me well, you have probably heard one of my tirades against monarchy. As a child, I always wondered how portraits of royalty looked the way they did when princes scoured across the land to find the most attractive brides, as my trusty fairy tales and Disney movies informed me. When I gained political and government consciousness, this incredulous distrust of monarchs became even more inflamed in my budding democratic mind. As an adult, I find very little interest in monarchs – and the little information I do know comes through osmosis (some entertainment news show playing in a doctor’s waiting room, headlines on magazine covers at the grocery store, etc.)

However, I will admit that I found myself engrossed by the monarchy of Brunei. Just to prove that my geographic literacy is far from being complete, I had never heard of the country of “Brunei Darusaalam” before the Global Book Challenge. I was looking up a list of Asian U.N. member nations when I first saw it. Needless to say, I immediately started “googling” the country to get a “crash course.”

The problem with Google, and I suppose with the internet, in general, is that one can waste a lot of time. As I “googled” Brunei,” I somehow found myself engrossed for about an hour by the intriguing, private lives of the country’s monarchs, rather than by anything productive. I watched video clips of the 2004 wedding of the Crown Prince of Brunei, described as the “Asian Wedding of the Year,” complete with a golden-topped Rolls Royce to carry the newly-married couple. I also read about Sultan Hassanal Bolkiah’s recent marriages and divorces, in which he stripped his wives of all of their royal titles. After nearly an hour of such time-wasting, I became so exasperated with myself, that I decided to do some heavy-duty research and learned the following background information about the country:

To be honest, I felt close to hopeless when it came to choosing a book about Brunei. I hadn’t even heard about it – let alone knew someone who had been there and could offer me a recommendation! I eventually decided upon a book published by the Ohio University Center for International Studies entitled Language, Power, and Ideology in Brunei Darussalam by Geoffrey C. Gunn. I grew interested in this book based on what I had read and seen of the royal family and was very interested by the question posed in the book, “Brunei also stands out as a developing nation that has achieved within the time-frame of one generation a regionally high rate of literacy. But since Brunei is one of the few nations on earth where the traditional elite holds absolute political power, why has this ‘statistical’ achievement not been demonstrably matched by the rise of civil society and a democratic culture, at least as postulated by modernization theorists?” (page xiii)

In short, many academics have speculated that a rise in education level often leads to a rise in democratic participation. As this clearly has not been the case in Brunei, the author offers an introduction to the linguistic traditions of the country (which is very much based on colonial power and rule), as well as the recent rise of literacy and education in a political context. I will note that I found this to be a very technical book – and at times, a bit hard to digest due to my lack of knowledge about the country of Brunei. For those with a particular interest in the country or a research interest in language and its impact on a government structure, as well as on the development of a national identity, I would recommend this book.

In order to understand how this could occur, I found a couple of points of particular interest. Throughout the nation’s history, there have been foreign influences at play, but interestingly the ruling family has been able to use these influences to consolidate power, rather than erode power. The sultan acts as the head of Islam for the entire country and unlike many other Southeast Asian countries “where religion became a focal point for political expression,… no Islamic-based political organization took root in Brunei, nor did religion take on political overtones outside of state patronage.” (page 215) Likewise, the ruling family was able to survive and thrive during British colonial rule, allowing the British to create an English-language-educated elite that is now able to assist in the development process. Equally important to mention is that the state has a monopoly over the country’s media – a tradition started in British colonial times.

The author says in his conclusion the following statement, which I believe to be the key argument of his book: “As seen, the elevation of a national ideology around race, religion, and monarchy offers an indigenous alternative to otherwise secular imported ideas and concepts around representative democracy, which would otherwise offer a fundamental challenge to the political status quo, namely absolutist control over the nation’s political as well as economic resources.” (page 224)

Please feel free to comment on these topics or note something interesting from the book. I look forward to hearing your opinions!
Posted by Unknown at 6:49 AM