Governing Singapore: A history of national development and democracy 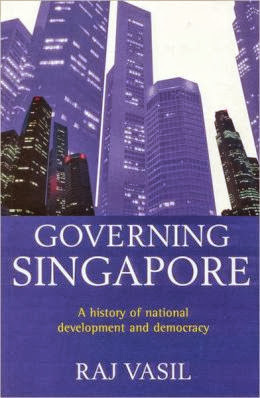 How do we choose our leaders and why do we choose our leaders? What do our leaders, and the ways in which they behave, have to say about our society? Recently, I have been contemplating these questions a great deal due to not only current events (I mean, we’re in the middle of a government shutdown) and other academic readings, but also due to two unique experiences in Berlin in which I had the opportunity to witness the difference of cross-cultural political leaders firsthand:

A good friend of mine (who happens to be a distinguished conductor) provided me with tickets to a concert at the Berlin Philharmonic. It was a thrilling experience to watch the charisma and virtuoso of Mexican tenor Rolando Villazón from the first rows. One of the things that shocked me, however, was during intermission when I looked over to my right and saw German Chancellor Angela Merkel 10 feet away from me with her husband. I began looking all around for her security, but all I saw were two bodyguards dressed in suits. In fact, by the end of the concert, one of her “fans” had made her way down from the top balcony and stood there at her side gushing until one of the guards gently moved her out of the way to allow the Chancellor to exit. In contrast, when Obama came to Berlin to speak in front of the Brandenburger Tor – snipers were on the roofs of buildings for blocks, public transportation was shut down, one could not even enter Unter den Linden without a special invitation, and even then Obama was protected from the pre-selected crowd by bullet-proof glass.

Both of these leaders are extremely influential and have led their countries during highly controversial times. I think that it is important to mention that Germany actually had sent its troops into Afghanistan along with NATO– the first time since World War II that German troops had entered into combat. Subsequently, I would assume that both leaders would be under threat from Islamic terrorist organizations. As Merkel's life would be at risk, the blatantly obvious differences in security between her and Obama seems incredibly extreme. It made me think that our leaders are not driven by outside forces, but rather by inside forces that brought them to power. The United States is the birthplace of the American dream, which is often associated with joining the rat race to reach the pinnacle of success through wealth, power and prestige. Germany, on the other hand, is the birthplace of socialism and Karl Marx – and likewise today boasts a very strong social market economy, welfare, and a fairly low GINI coefficient (a measurement of income inequality.)

I share this about leaders and political leadership to introduce the book I read about Singapore, Governing Singapore: A history of national development and democracy, written by Raj Vasil and published in 2000 by the Institute of Southeast Asian Studies in Singapore. This book was fascinating, not so much for its interesting content, but for its clear agenda through the praise and love for its leaders, as exemplified by these few choice quotes in its conclusion:

Singapore is certainly a country that has found its place in the western discourse – although probably very few know of it other than in mention. Singapore is a tiny island country off of the coast of Malaysia. It is one of the world’s largest financial centers and according to the International Monetary Fund, has the 3rd highest GDP per capita, accounting for purchasing power parity. The country was founded in 1819 by a British colonial administrator. Since then, it has passed hands from the East India Company to the British Government. In 1963, Singapore was granted its independence and received full independence in 1965. This book talks about the government’s role and the politics behind the government (dominated by a single party, the PAP, or the “People’s Action Party”) as the country gained its independence, established a national identity, and how the government transformed itself from a “poor, underdeveloped Third World country” (page 249.)

The book, as I mentioned before, certainly has a slant and is by no means objective. (My father, an avid NPR listener, has been recounting the news of Singapore and its internal political repression for years, and thus, provided me with an alternative basis by which to base the information in this book.) Essentially, the book describes the development of limited democracy in Singapore. One important fact that the author stresses often is how limited democracy eased the ethnic tensions, which are present in almost all Southeast Asian countries: “Singapore’s extreme ethnic variety, including peoples whose cultures, languages, and civilization were among the oldest in the world, clearly meant that their assimilation into the dominant Chinese majority could not realistically be attempted…. Neither could the various ethnic segments be expected to shed their distinctive identities and cultures for the sake of an artificially created Singaporean one.” (page 88) The three main ethnic groups in Singapore are the Chinese (almost 75% of the population), the Malay (around 13% of the population), and the Tamil (around 9% of the population.)

The author also notes how the limited democracy system has been so effective that it has continued from one generation of leaders into a second generation of leaders.  By the time the book was written, Singapore was a one-party state and had been effectively ruled by two prime ministers: first, Lee Kuan Yew from 1959 until 1990; and Goh Chok Tong from 1990 until 2004. The latter had four central pillars to his government: 1.) Limited democratic governed by PAP; 2.) Political freedom and rights are to remain limited; 3.) The PAP is to continue to function as the national party; and 4.) No limits to state action.

Needless to say, the book provided hardly any critical comments on the leadership qualities of these two Prime Ministers, and ends by contemplating Singapore’s limited democracy as a model for development across Southeast Asia.