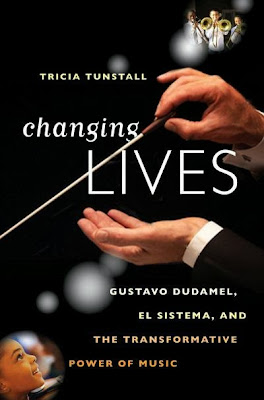 When I was younger, many people referred to me as a “child prodigy.” I started playing the piano at age 3 - reading music before words. Throughout my preteen years, every local competition in which I entered, I won a prize. However, it was not the piano which made people think “prodigy,” but rather my singing. When I was seven years old, I started voice lessons from a graduate student of opera at Converse College (a music conservatory in Spartanburg which has been the home to many illustrious figures in the United States opera world – including composer Carlisle Floyd.) Growing weary of children’s musical theatre pieces, I asked for something more challenging and was given a religious piece in Latin. A few months later, I made my “debut” at a local church and was immediately asked to perform in many other places around the community. Long story short, I began taking from a full-fledged college professor several times a week. I tore through repertoire (in 6 languages, no less) almost quicker than it could be given to me. I performed in programs housed in concert halls with thousands of people watching me. I sang multiple gigs a month. Needless to say, I was never without spending money in my preteen years due to my status as a "freelance musician." (To be clear, I have always questioned the "prodigious" qualities of my musical ability. I just think that being a child living in a small U.S. town and more interested in soprano Renee Fleming than Britney Spears gave me this label, due to the unusual nature of it all.)

Looking back on these experiences, I find it amazing because they are so far removed from my thought process today. It is almost as if I had an identity crisis somewhere along the way and didn’t even recognize it when it was happening. As I look and apply for jobs, I have recognized that in none of these jobs would I be a performer or entertainer. That being said, it is impossible to separate myself from my experiences in classical music – and I recognize that I will never let go of my identity as a musician. I gained a great deal of confidence, stage presence, and poise through performances. But more than that, I learned a great deal of responsibility as I cared for my voice (no yelling at sporting events for me!), developed a strong work ethic (yes, I would practice hours a day), and discovered what it meant to actually earn something, instead of being given it by my parents. These are the benefits of a classical music education. In today’s world, there is no more popular classical education program than the Venezuelan El Sistema. After having read so many books based on political, economic, or historical topics, I wanted to find a book which particularly delved into this subject. I found one English-language book entitled Changing Lives: Gustavo Dudamel, El Sistema, and the Transformative Power of Music by Tricia Tunstall.

I have to admit, the title is a bit sensationalistic, borrowing off one of the “hottest commodities” in the classic music world today: Gustavo Dudamel. This world-renowned conductor has one of the busiest and exciting schedules for the 2013-14 season - performing the world over, particularly in the United States. In 2009, Dudamel became Music Director of the Los Angeles Philharmonic Orchestra. He is also the most well-known product of El Sistema, an organization for which he is currently serving as Music Director of the Simón Bolívar Symphony Orchestra of Venezuela. Rather than focusing on Dudamel, this book focuses most specifically on the formation of El Sistema and its founder, José Antonio Abreu, a retired economist.

El Sistema is a music education program and a state foundation of the Venezuelan government. It currently affects over 300,000 children in over 30 youth symphony orchestras across the country. The majority of the children in this program (many statistics say around 90% of the children involved) are living in poor conditions. El Sistema, which translates from Spanish to English as “The System” seeks to alleviate the challenges of poverty for these children by embedding in them a sense of self-esteem and a sense of community, by encouraging them to work together and reap the benefits of teamwork. El Sistema is truly unlike any other program in the world, as the author notes: “One of the great perennial debates in the field of art education has always been about access versus excellence – whether it is more important to extend arts education as widely as possible or to achieve a high level of artistic skill among a smaller elite. Abreu, it seems, has never subscribed to this dichotomy… ‘Culture for the poor must never be poor culture.’” (page 76)

(For those wanting to learn more about El Sistema, I would suggest watching a special from the television program 60 Minutes, which provides some inspiring examples and success stories from the program. I would also suggest watching Abreu’s speech after winning the 2009 TED Prize.)

After having read so much about the political system in Venezuela, I made a lot of connections that were not mentioned in the book. In fact, I will mention that Hugo Chavez is not listed in the index, although there is one mention of him in the book: “His [Abreu’s] political and diplomatic acuity have enabled him to gain the backing and material support of seven consecutive Venezuelan governments, ranging across the political spectrum from center-right to the current leftist presidency of Hugo Chávez.” (page 84) Although this was only briefly touched on in the book, I feel as if it is worth emphasizing. Personally, I find the idea that such a program could survive so many regime changes to be remarkable. Indeed, it would take more than just good connections, but also a great deal of diplomacy and acumen. However, it does come at a price: El Sistema has changed under Chávez. In fact, the state foundation’s name was recently changed to Fundación Musical Simón Bolívar and its touring orchestra is now the Simón Bolívar Youth Orchestra, supposedly to better connect with Chávez’s Bolivarian Revolution. It seems as if Chávez utilized this foundation to gain positive publicity abroad.

One aspect that I also found fascinating was how the author (who is from the United States) chose to describe Abreu – the quotes she chose, the wording, etc. In fact, while I was reading the book, the descriptions of Abreu seemed quite similar to those of Hugo Chávez, when he is viewed in a positive light. They both had created powerful movements and were able to convince people (particularly of the lower socio-economic classes) to dedicate their time and energies to these movements. Both figures built these movements on themselves and relied on almost a supernatural, spiritual quality to grow them. Although there are examples throughout the book, two quotes particularly stood out to me that reiterate this supernatural quality of El Sistema, the latter being from Dudamel himself:

I am not saying that Abreu is a Chávez-like figure, but am trying to draw some connections between the two to emphasize an important point: Can El Sistema live without Abreu? In the past few months, it has become ever the more apparent that the Bolivarian Revolution does not have the strength, and arguably cannot survive, without Chávez as its leader. And, if we doubt that El Sistema can live without Abreu, can a system be developed that will ensure its continuation and growth in the future?