The Pirates of Somalia: Inside Their Hidden World 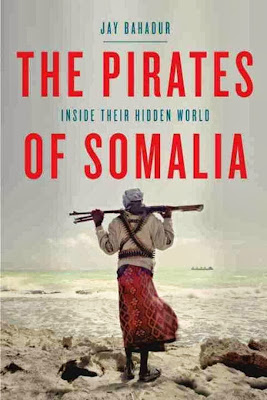 It was in the fall semester of my freshman year when I came to the horrible realization that oftentimes the course description has nothing to do with the material actually covered in class. I had actually started attending college courses at the age of fifteen, but all of these courses had been math or science based. As I was attending a liberal arts college, I was required to take humanities courses. I chose the one that seemed most interesting to me: a course that would analyze the cultural depictions of piracy throughout history – in particular, through the analysis of literature, film, and opera. My enthusiasm for this course was unbounding, until that is, I actually found myself in it.

The demographics were as follows: over 80% of the class was male: white, Anglo-Saxon, Protestant males from the South. The material covered in the class was not as presented to us originally – indeed a great deal of the class (readings and discussions) focused on the homosexual tendencies of pirates. It was a disaster waiting to happen. Needless to say, I felt like complaining of false advertising; all I wanted to do was study some opera on pirates! I started planning my revenge.

Instead of a traditional presentation, I presented my conclusions in a sing-along I wrote: “The Modern Pirate Queens” (sung to the tune of Gilbert and Sullivan’s “I Am a Pirate King” from The Pirates of Penzance.) Needless to say, the blushing of my male peers and my professor as they were forced to mumble out the lyrics “The Modern Pirate Queens / with smoldering stares / surprising clean / with fishnet stockings. / They are our pirate queens!” made up for that entire semester of false advertising. (I am not sure if it was the quality of my work or my audacious unconventionality – in both my means of collecting data and my overall presentation - which earned me an “A” for the course.) I share this anecdote to bring up an entirely different form of piracy: the piracy which is currently taking place off the coast of Somalia. This was the subject of Jay Bahadur’s book, The Pirates of Somalia: Inside Their Hidden World.

Before I begin to discuss the book in earnest, it is first important to talk about the country of Somalia itself – its geography and its different regions – in order to accurately understand its problems of piracy. Somalia is a country located on the Horn of Africa. Shaped more or less like a boomerang, it has a coastline which extends from the Gulf of Aden to the Indian Ocean. Its unique shape also means that it is very difficult to govern the country. The northern part of Somalia (on the Gulf of Aden) is actually known as Somaliland – a region that is actually governed autonomously from Somalia and seeks self-determination. The rest of the country is divided between the area in the South (which encompasses the country’s capital of Mogadishu and is known for its conflict) and an area in the middle part known as Puntland. It is in this region of Puntland where we find piracy exists. The author describes the reason for this unique area being a stronghold for piracy:

“Piracy is not so much organized crime as it is a business, characterized by extremely efficient capital flows, low start-up costs, and few entry barriers. Pirates, almost as much as businessmen, require a certain level of order and predictability for their enterprises to prosper… [Roger Middleton] summed it up eloquently for me: ‘Puntland was the perfect area for pirates to operate because it’s just stable enough, but also ungoverned enough. You don’t have the chronic instability you have further south.’” (pages 38-9)

Piracy in Somalia has indeed been a hot topic in the US media, particularly since the Maersk Alabama ship-jacking in April 2009. In this instance, it was the first time that a ship with the US flag had been successfully hijacked by Somali pirates. It also ended with a dramatic showdown, with US Navy SEAL marksmen shooting three pirates on a lifeboat where Captain Richard Phillips was being held captive – leading to his subsequent rescue. The incident was popularized when it was made into a movie starring Tom Hanks.

As a US American, I heard and understood the outrage of the US public during this incident. So, I was very pleased when this book delved into the challenges which the modern world faces in stopping piracy in Somalia – challenges that range from business sense to international law:

“The fact is, piracy just is not enough of a bother to cause most ship owners to change their plans… in 2008 the average vessel passing through the Gulf of Aden faced only a 0.17 per cent, or 1 in 550, chance of being hijacked. In the unlikely event that a ship is captured, the owner (or as is more likely, the owner’s insurance provider) is forced to pay a ransom generally not exceeding 2-5 per cent of the worth of the vessel and her cargo – an annoyance, to be sure, but not a particularly uneconomical one.” (page 149)

“Somalia has no functioning government to administer justice in its seas, but the state remains a legal entity, and its phantom rights persist; by entering Somali waters, foreign navies are technically in breach of international law.” (page 157)

I also appreciated how the author not only discussed the negative effects of piracy on the international community, but also the negative effects of piracy inside Somalia itself. While first seen as heroes, pirates are now seen as a scourge by many Somalian people – based on economics. When a group of pirates receives ransom for a ship, there is a huge influx of foreign currency into the tiny Puntland economy – driving up the prices of everything (including basic necessities such as food) and negatively affecting the law-abiding Somalis.

Please feel free to comment on these topics or note something interesting from the book. I look forward to hearing your opinions!
Posted by Unknown at 10:48 PM