Djibouti, Pawn of the Horn of Africa 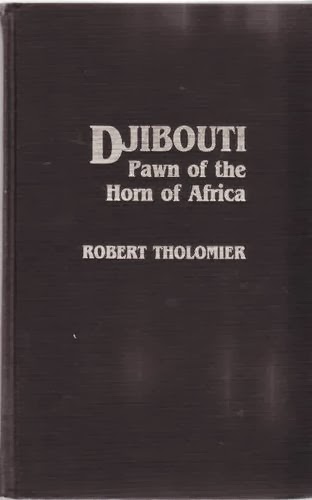 I took one year of French when I was in high school. This was just enough instruction to make me dangerously and hilariously incompetent in the language. I am skillful and proficient in the French words for such things as school supplies, animals, people, colors, descriptive adjectives, and nationalities. However, my French grammar is simply messed up, perhaps beyond repair.

As an opera singer, the problem is that you can never entirely avoid the French language. I will never forget when after practicing a French aria, my accompanist (and also a very good friend) burst out laughing as she hit the final chord on the piano. “Your French - it’s so beautifully pronounced, but it’s all wrong. ALL wrong!” A fluent French speaker, she explained to me that I had made every masculine noun feminine and every feminine noun masculine in the course of the aria. Even more, I had made many of the verbs into the past tense. Coming to this comical realization, I stood gripping the piano and shaking with laughter – imagining the indignation of the prideful French people to hear their language mangled in such a beautiful aria as “Gavotte” from Massanet’s Manon.

I had the opportunity to visit France for the first time last year. I spent a long weekend in Paris, where I sorely wished that I had paid more attention to my French lessons. Being in the city, I found myself intellectually and culturally stimulated, constantly. Despite the winter weather, I was fascinated to walk outside along the wide streets, among the beautiful and elaborate buildings. Walking past Le Louvre, Cathédrale Notre Dame, and Trocadéro, I discovered that everywhere I turned, I was surrounded by the red, white, and blue bands of the French flag. I felt like I was walking in the heart of an empire that was filled with prideful nationalism displayed to almost complete perfection. (This was in stark contrast to Berlin, where I was living at the time – a city where the public display of national images and colors seemed to be looked down upon.)

This idea of France as one of the last surviving imperial nations (if only in mindset) was all but completely reinforced by the books I have read about the countries of Africa. Even as France lost its territorial colonies following World War II, it sought to exert influence over much of Africa even up until the 1990s. Instead of exerting political power, it sought to maintain its sphere of influence over the continent through the monopoly of French language and culture over many of its former colonies. This strategy had unintended – and often deadly – consequences, perhaps none more evident than France’s involvement during the 1994 genocide in Rwanda. France provided support and weapons for the government-based genocidaires (who were Francophone and Hutu), in order to “curb” the growing power of the English-speaking Rwandan Patriotic Front (consisting mostly of Tutsi.) This involvement helped exacerbate the genocide, as the government felt as if it had international support of one of the great European powers (with a permanent seat on the UN Security Council, no less) to conduct the massacres.

I mention all of this about France because the history of the country of Djibouti is deeply intertwined with France’s colonial ambitions on the African continent. When I went to find a book about this country, I was very disappointed. I could not find any book (in English) that solely focused on this country – not even a travel book. I eventually decided upon an old library book entitled “Djibouti: Pawn of the Horn of Africa” written by Robert Tholomier. It was originally written in French in 1977, the year that Djibouti actually gained its independence from its former colonizer, France. The copy of the book which I read was published in 1981, and was translated and abridged by Virginia Thompson and Richard Adloff.  Perhaps, the reason there was nearly no academic literature on Djibouti is because it is a country that is often overlooked – due to its small size. For this reason, I will give some background information on the country and its role in African affairs.

Djibouti is a small country of less than 800,000 people. That being said, it is a multi-ethnic nation and its political sphere is often divided in power struggle between the two main ethnic groups, the Afars and the Isaas (or the Somalis.) For a small nation, it has extensive coastline, as it borders the Gulf of Aden and the Red Sea. Slightly smaller than the state of Massachusetts, Djibouti is surrounded by the countries of Ethiopia, Eritrea, and Somalia. The most important aspect about Djibouti’s geography is that its location makes it highly influenced by the Arab world. Right across from the country of Yemen, some 94% of the population adheres to Islam. In 1977, the author describes this sphere of Arab influence: “Inevitably Djibouti has had to pay a price for such Saudi benevolence, and this has taken both cultural and political forms. To underscore Djibouti’s Arabism and its fealty to the Muslim religion, Gouled declared it to be an Arab state whose official religion was Islam… Arabic became the official language and, as such, is being introduced into the school system.” (page 141)

This book was published in 1977, and subsequently the information in the book is rather out-of-date. It discusses very little into the development of the Djibouti economy utilizing its location on the Red Sea. It also does not go into the political control of Hassan Gouled Aptidon, who was the first President of Djibouti from 1977 to 1999. I also found that this book was very difficult to read, given the fact that it is quite technical and also a translation. That being said, I found it very informative and interesting to read about the transition from colonization to independence from a book actually written during that time period.

The power of the French influence (both cultural and political) over Africa is a clear theme throughout the book. Some of the quotes which I found most interesting were:


Please feel free to comment on these topics or note something interesting from the book. I look forward to hearing your opinions!
Posted by Unknown at 11:26 AM