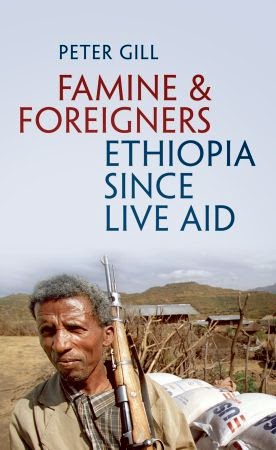 My reading habit really started before I could even read. Apparently, as soon as I could sit up on my own, my favorite pastime was looking through books. My family never invested in a play pen because a stack of books alone could ensure my silence and my rapt attention. I would pick up the first book on the stack and flip through the pages gingerly, setting it down on the opposite side when I was finished with it. When I was done with the stack, I would repeat the process over again. I did not start reading until I was four years old, but the illustrations kept me occupied for hours.

When I was six years old, my mother gave me a huge sticker book that contained a summary of each country of the world. I loved matching the country summaries to the stickers of the national flags and country shapes. After reading each and every one, I started to dog-mark the places that I wanted most to visit someday. I found myself going back and back again to Ethiopia – dreaming that I would one day travel there. My obsession went far past my sticker book – as I scoured my mother’s art history books, especially the ones that focused on Biblical topics, looking for paintings of the Queen of Sheba, the mysterious and beautiful queen of Ethiopia.

Subsequently during the Open Embassy Day in Berlin, I had an overwhelming desire to visit the Ethiopian Embassy. It was located in a well-off neighborhood outside of the city in an exquisite old German house. Perhaps we just arrived late in the day, but I was surprised that there was almost no activity like in the other embassies – where people were dressed up, serving food, making presentations, and showering me and my friends with attention. I walked through the embassy until I reached a big open room – illuminated by windows, but without a single lamp turned on. In that room sat an Ethiopian woman, who was making coffee over coals. She motioned me over and poured me a cup. As I sipped on the strong coffee, I walked over to a small table, where there was sparse literature about the country. To my dismay, it was all about the suffering of the Ethiopian people, encouraging donations of western individuals, aid organizations, and governments. I found myself saddened by the experience: the country that I had visited so often in my dreams as a child was reduced to a disheveled place where I was supposed to feel sorry for, give some money, and then feel good about myself.

It was perhaps this experience which led me to purchase Peter Gill’s Famine and Foreigners: Ethiopia Since Live Aid, published in 2010 by Oxford University Press. Although I will say that I really did enjoy it, I feel as if this is not the best book for someone with a fairly limited background of the country, as it focuses almost exclusively on the country’s recent history. I was born after the 1985 Live Aid, a concert which utilized star power such as U2, Queen, Joan Baez, and Bob Dylan, to bring awareness and donations to Ethiopian famine relief. To me, this book was geared to an audience who remembered the famine and Live Aid, rather than to an audience without this background, as it seeks to explain the intricacies leading up to and after the famine instead of providing a basic introduction. 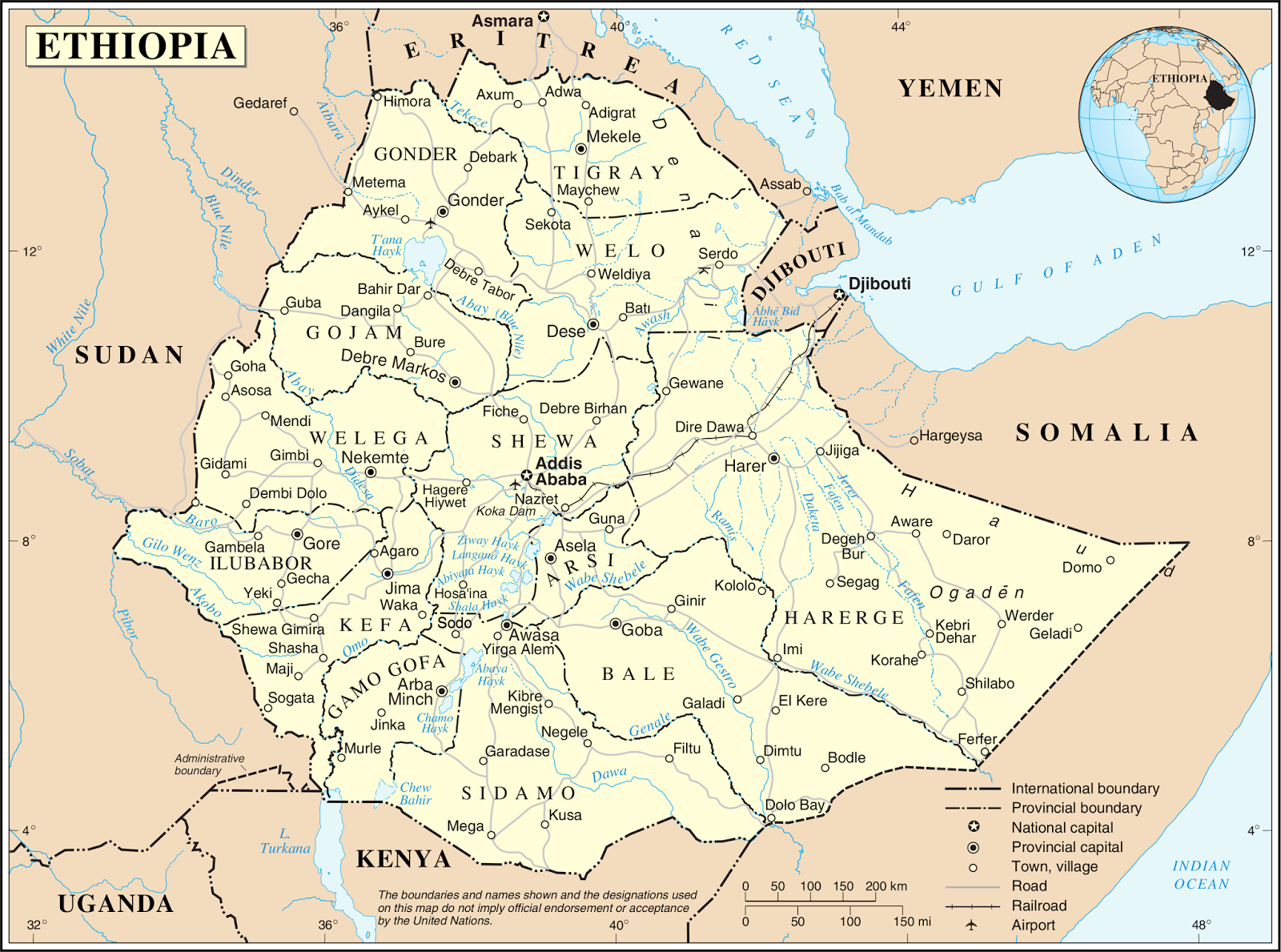 Ethiopia is a country that is particularly historically noteworthy on the African continent. The most populous landlocked country in the world, Ethiopia is located in the conflict-prone region of the Horn of Africa, surrounded by Eritrea, Djibouti, Somalia, Kenya, Sudan, and South Sudan. The Axum kingdom converted to Christianity even before the Roman Empire. It was never colonized by Europeans, but Abyssinia (what Ethiopia was called until a 1974 coup d’etat by the socialist Derg movement) was a prize that was sought by the Italians, and was the victim of Mussolini’s imperial ambitions. For almost twenty years, Ethiopia was a pawn during the Cold War until it transitioned to democracy in the early 1990s. Even in the midst of the Cold War tensions, Ethiopia was a country even further surrounded by conflict (as the Eritreans maintained their fight for independence from 1961-1991) and social strife (as Ethiopia experienced several famines, most notably the 1983-5 famine, which caught the attention of the world.) I also find it necessary to mention that Ethiopia is a multi-ethnic state with over 80 ethnic groups, the four largest being Oromo (34.5%), Amhara (26.9%), Somali (6.2%), and Tigray (6.1%).

This book is very interesting because it discusses Ethiopian famine from a historical perspective. It is important to note that even today, much of Ethiopia is based on subsistence farming. This so-called “food insecurity” has led to even more famines since the 1980s, including a 2002-3 crisis. It is important to note that many experts believe that this food insecurity will continue, due to bad governance, as well as the fact that “Ethiopia’s 80 million population will probably double again in 25-30 years.” (page 123) Famines have been recurrent in Ethiopia for centuries with lasting and devastating impacts: “This was the Great Famine of 1888 to 1892, known as ‘Evil days’… The Great Famine that resulted may have killed a third of Ethiopia’s population, then put at 12 million.” (page 27)

It is also extremely important to put the famine into social perspective – not only with the Cold War, but also with the internal regional tensions. While the Live Aid concerts raised almost 250 million dollars for famine relief, it is noteworthy to recognize that famine was clearly not the top priority of the government during this time: “The Russians airlifted 17,000 Cubans to help defend socialist Ethiopia… In the three years which culminated in the catastrophic famine of 1984, Ethiopia imported arms supplies worth $575 million, $975 million, and in the famine year itself $1.2 billion.” (page 56) The socialist Derg leader, Colonel Mengistu, utilized the famine to further consolidate his power over the Ethiopian people, further exacerbating the problem through forced resettlement. He organized resettlement from the famine-prone highlands to the lowlands, often into collectivized villages where the people were exposed to hardship, as well as new diseases: “…the planned scale of the resettlement programme measured up to Colonel Mengistu’s image as the pocket African Stalin, and would be executed in a thoroughly ruthless faction. Resettlement also served a darker political purpose, and it would be enforced at the barrel of a gun.” (page 45)

Of course, this book also delves into more current issues facing Ethiopia – especially how the aid industry can be seen as harmful to economic and political growth. At the time of this book’s publication, prime minister Meles Zenawi was still in the midst of his 17 years tenure (from 1995 to 2012), of which the author is skeptical. There is no doubt that charities and aid organizations have become ever more important to the economy of Ethiopia: “By 2007 there had been a fivefold increase in international charities to 234 and an extraordinary seventy-fold in Ethiopian NGOs to 1,742.” (page 177) However, this has other effects past the economy. The author describes the 2005 election and that international presence was not enough to ensure a peaceful, democratic election as the ruling EPRDF (Ethiopian People's Revolutionary Democratic Front) utilized hate speech (similar to that used before the 1994 genocide in Rwanda) against the opposition CUD (Coalition for Unity and Democracy.) After crying foul in regard to free elections, “Ms. Gomes’s [the EU Mission’s chief observer to Ethiopia] confrontation with the Ethiopian government divided the European Union. EU aid officials wanted her to tone down her criticism. Ethiopia was ‘one of their biggest clients,” she said. Ethiopia is in fact the largest recipient of EU aid to Africa. ‘They wanted business as usual, and they didn’t want me to spill the beans.’” (page 151)

Peter Gill shares an interesting quote at the beginning of the book, which I will end with: ‘World poverty is a burden to be shared, but there is another principle now widely recognized. Poor countries will emerge from poverty only when they take full charge of their own destiny.” (page 5)

Please feel free to comment on these topics or note something interesting from the book. I look forward to hearing your opinions!
Posted by Unknown at 11:43 PM