There Was a Country: A Personal History of Biafra 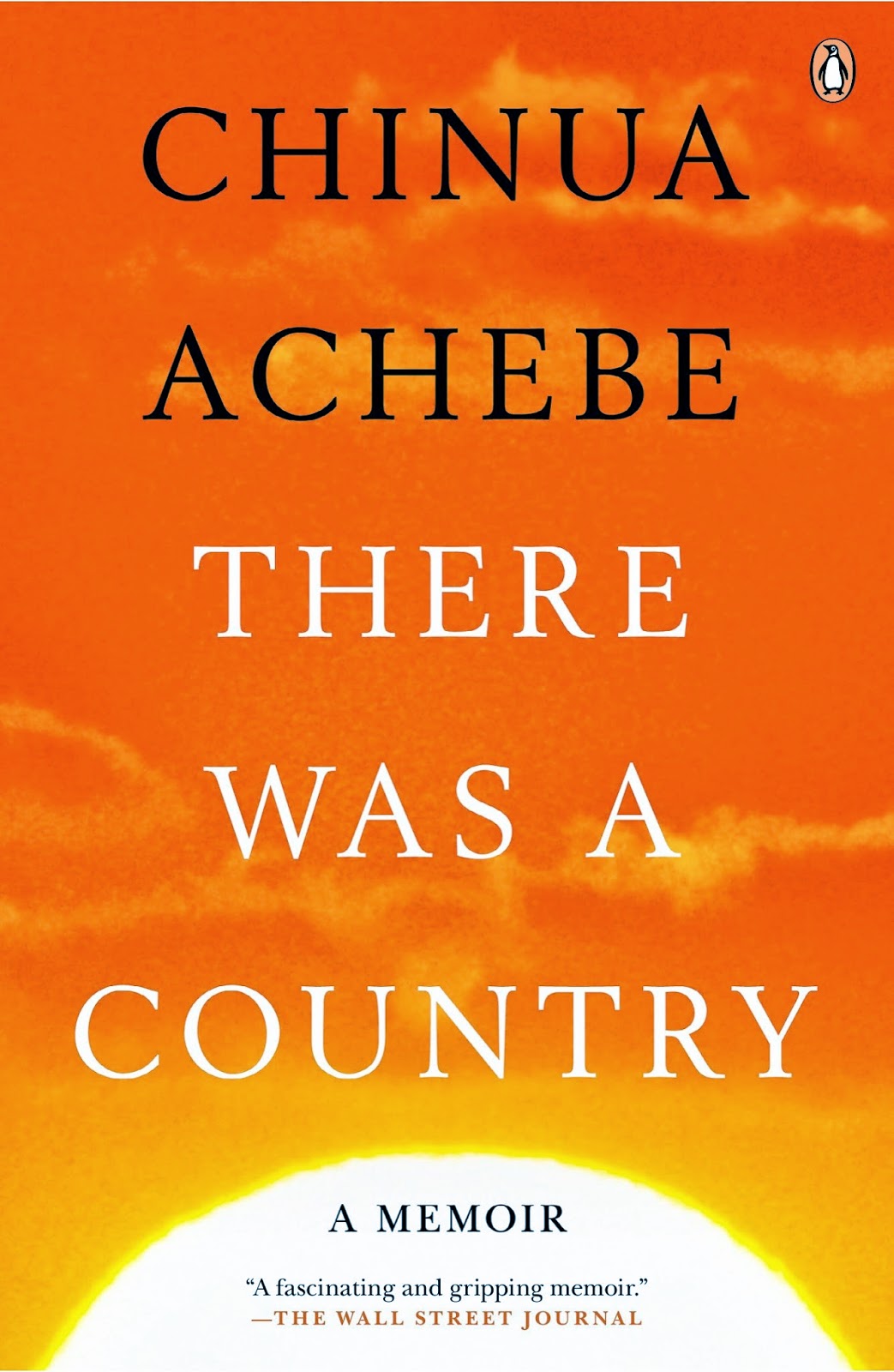 “What a beautiful piece of art that is, Miss Blair!” I exclaimed enthusiastically. The recipient of that compliment stood on the fold-out chair, leaning over the oversized piece of paper, with crayons in both hands. She was sticking her tongue out with effort and was clearly fully concentrated on the completion of her masterpiece.

I looked down at my cell phone, and noticed that she had been on this artistic kick for the last 30 minutes. I was very proud of myself, as I was handling my rambunctious toddler cousin quite well. Despite that horribly tragic yogurt incident a few hours ago, we were getting along nicely.

Proclaiming that it was completed, she indicated to me that she was hungry. I walked into the kitchen to get her a cheese stick from the fridge. When I returned 30 seconds later, I saw her with one of my mechanical pencils in hand and my book in her lap, scribbling all over the pages. Trying to get her to stop without breaking the fragile peace I had worked so hard to achieve, I asked her patiently what she was doing. She stopped, looked up at me, and exclaimed, “Making more beautiful!” after which she returned to her drawing. A few more pages were victimized until I was able to persuade her to stop with the promise of the cheese stick in my hand.

That is how my copy of Chinua Achebe’s “There Was a Country: A Personal History of Biafra” came to have illustrations.

Many of you have probably heard of Chinua Achebe before. He is one of the most well-read African authors, particularly renowned for his novel “Things Fall Apart” that was first published in 1958. “There Was a Country” is not one of his works of fiction, but rather his personal memoir, focusing on his experiences with decolonization, ethnic tension, and the unsuccessful war for Biafran independence from Nigeria. Although this book focuses almost exclusively on events over forty years ago, it was first published in 2012. In this book, Achebe provides us with a unique way that we can view the modern hardships of Nigeria: by looking into the past.

Nigeria is a troublesome nation. The most populous country in Africa (with over 177,000,000 inhabitants), it is the home to over 250 different ethnic groups. It is not only divided by ethnic and linguistic differences, but also by religion – with 50% Muslim, 40% Christian, and 10% of the population holding animistic beliefs. Recently, the troubles of Nigeria have come under international scrutiny after the former head of the central bank claimed that $20 billion was unaccounted for. Nigeria’s economy is strongly based on the oil which comes from the Niger River Delta (in fact, petroleum makes up 95% of the country’s exports.) Yet, the economy and society have been crippled by the mismanagement of petroleum resources. As this article from National Geographic in 2007 stated:

“From a potential model nation, Nigeria has become a dangerous country, addicted to oil money, with people increasingly willing to turn to corruption, sabotage, and murder to get a fix of the wealth. The cruelest twist is that half a century of oil extraction in the delta has failed to make the lives of the people better. Instead, they are poorer still, and hopeless.”

Nigeria has found itself ruled by military men in its recent history, a precedent that was started by the squelching of Biafran independence by Nigerian forces, led by General Yakubu Gowon – according to Chinua Achebe. In the final part of his book, Achebe draws connections between the past and the present troubles of the country: “The post Nigeria-Biafra civil war era saw a ‘unified’ Nigeria saddled with a greater and more insidious reality. We were plagued by a home-grown enemy: the political ineptitude, mediocrity, indiscipline, ethnic bigotry, and corruption of the ruling class… A new era of great decadence and decline was born. It continues to this day.” (page 243)

The Nigerian-Biafran War, which lasted for three years from 1967-70, can be viewed as a conflict which developed a precedent for the Africa of today. Occurring just after the independence movements on the continent, it determined what constituted African “nationhood,” as well the extent of western involvement in internal conflicts. “Nigeria’s position on Biafra, as I understand it, was hinged on the premise that if Biafra was allowed to secede then a number of other ethnic nationalities within Nigeria would follow suit.” (page 96) This particular conflict caught the attention of other newly-formed African countries (many of them likewise dealing with their own internal ethnic conflicts.) Needless to say, most of them saw the secession of Biafra as having extremely negative consequences and subsequently provided support for Nigeria: “Most African countries adhered to the doctrines of the Organization of African Unity, which supported Nigeria for the same reasons espoused by the great powers: ‘[A]llowing Biafra to secede would result in the destabilization of the entire continent.’” (page 97)

Although the United States under Richard Nixon supported the Biafran people (ironically, I noted that nearly a page was dedicated to SC Senator Strom Thurmond’s steadfast support for Biafra), many of the European powers – including both Great Britain and the Soviet Union - provided support and arms to the Nigerian government. According to Achebe, this particular conflict can be seen as setting a precedent for the cover-up, oversight, or perhaps even outright denial of the West in regard to genocidal repressions by African governments: “Almost thirty years before Rwanda, before Darfur, over two million people – mothers, children, babies, civilians – lost their lives as a result of the blatantly callous and unnecessary policies enacted by the leaders of the federal government of Nigeria.” (page 228)

Another aspect which I found extremely interesting about this book was Achebe’s firsthand account of British colonialism of Nigeria, as well as the decolonization process. British colonialism treated Achebe well. Based on meritocracy, the British colonial system provided Achebe substantial education opportunities. He recounts his experiences in school, as well as the smooth decolonization process in which highly-educated Africans from the colonial school system were put into positions of power before formal independence was declared. He provides a very interesting opinion, saying: “Here is a piece of heresy: The British governed their colony of Nigeria with considerable care. There was a very highly competent cadre of government officials imbued with a high level of knowledge of how to run a country… I am not justifying colonialism. But it is important to face the fact that British colonies, more or less, were expertly run.” (page 43)

In previous posts, I have shared sentiments and ideas that the West cannot hope to understand African issues – and subsequently, cannot provide solutions to help the African people. In the Introduction of the book, Chinua Achebe takes a very different position; one that I certainly believe is worth considering:  “Africa’s postcolonial disposition is the result of a people who have lost the habit ruling themselves… Because the West has had a long but uneven engagement with the continent, it is imperative that it understand what happened to Africa. It must also play a part in the solution.” (page 2)

Please feel free to comment on these topics or note something interesting from the book. I look forward to hearing your opinions!
Posted by Unknown at 7:14 PM