Shake Hands with the Devil: The Failure of Humanity in Rwanda 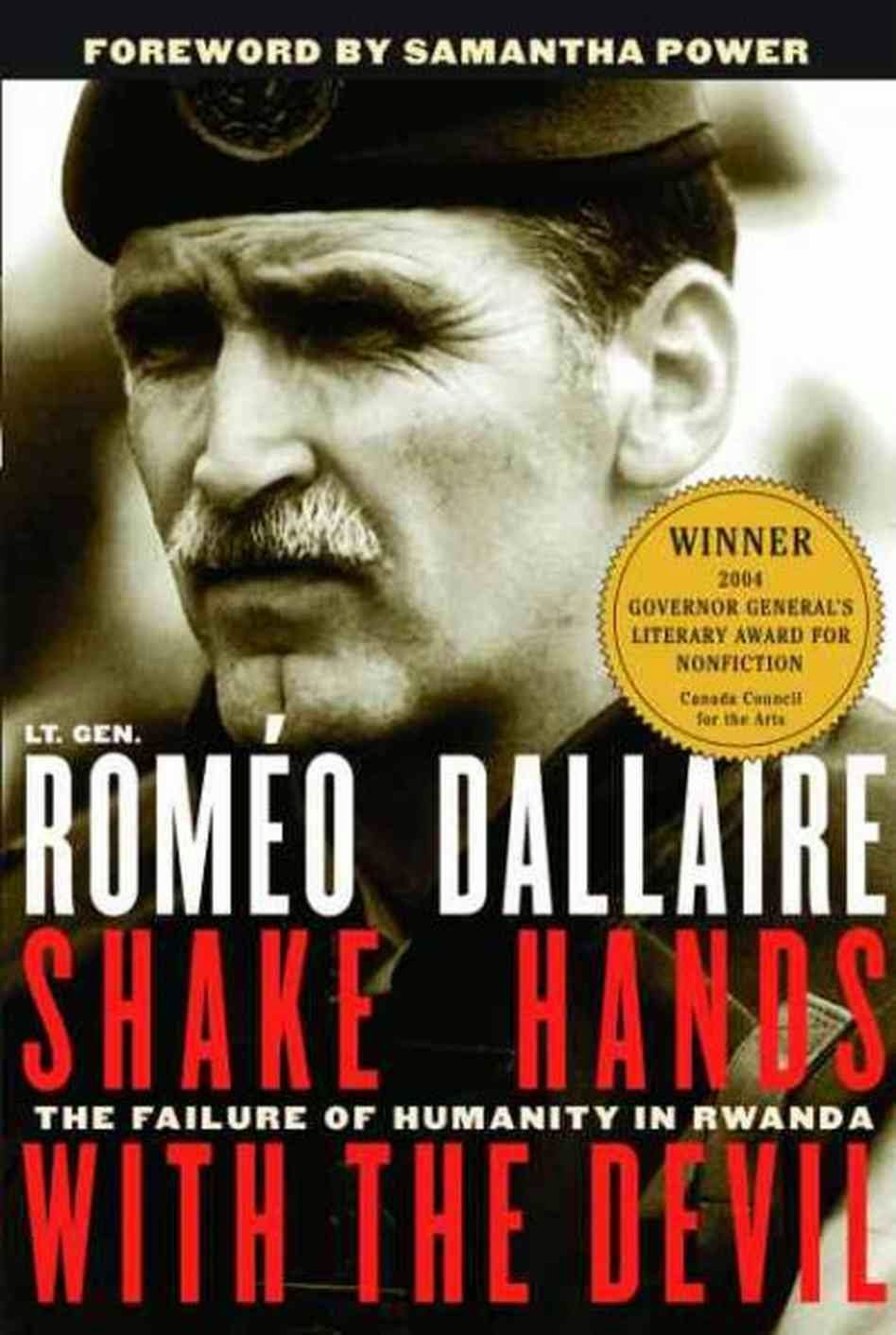 I recognize that my college experiences were not exactly typical. This is perhaps most evident in the one (and only) college party I organized: the birthday party of my Rwandan friend, Angelique, at which an eclectic group of students feasted upon Chinese food, birthday cake, and orange Fanta. I remember as it got later and later in the night and as people began to bid farewell, the birthday girl suddenly disappeared. She reemerged with a giggle and the next thing I knew, loud African music was pumping through the entire apartment. Everyone started smiling and she grabbed my hands to lead me in a series of elaborate steps and stomps.

I soon found myself caught up in the middle of a whirling frenzy of African dancing – stomping, clapping, waving our arms through the air. All of the sudden, the music changed into a drum solo. My friend motioned for me to stop and I heard a loud shout in the Kinyarwanda language. One of the guys leaped an easy four feet into the air. He started shaking his head and twisting his body, like an animal. My friend leaned over, smiled at me, and whispered, “He’s the lion: the lion that we are encouraging our warriors to go out and kill.”

Soon, the entire group was all dancing again. It was then that we heard a loud knock at the door, “Is everything alright in there?” Worriedly, someone ran to turn off the music. Afraid of the repercussions of our very loud dancing antics, we cautiously opened the door. However, instead of a campus security officer, there stood a huge African American guy, one of the star players of our college football team. As I stood there, gauging what he might be thinking of the sight before him, I realized that I was the only white person in the room. I smiled to myself – it wasn’t the first time this had happened, and it certainly wouldn’t be the last!

The football player didn’t seem to know how to react, so I asked him to join us in the traditional African lion warrior dance. At first he declined, but based on the persistence of me and my friends, finally caved in with a smile and the words, “I have always wanted to be a lion.” It was a surreal moment in which cultures collided, blended, and merged. When the music began again, we all lost track of time and danced late into the night.

Based on when I was born, I do not “remember” the Rwandan genocide: I never saw the newscasts or the images on television, highlighting the bloodbaths and massacres. Indeed, my mental images of Rwandans are like the one I mentioned above – based on my experiences. Instead of mutilated bodies, I see faces full of joy, full of excitement, and full of pride for their Rwandan culture. Sometimes, when I am with my friends, I forget that they have experienced the firsthand effects of genocide. Some of them survived (and remember) the genocide. But even if they were born outside of the country to Rwandan parents and moved to the country as young children, all of them lost relatives and loved ones. Moreover, they returned as children to a country depleted of nearly 10% of its population, its political moderates, its cash reserves, and its industry. These hardships doubtlessly have affected my friends, but I often find it difficult to see this in their day to day lives.

However, April 7 always sneaks up on me. On this day (which is recognized as the Day of Remembrance of the Victims of the Rwanda Genocide), all of my friends immediately change their profile photos to commemorate the genocide: a single lighted candle in the dark, a purple heart (the color of mourning in Rwanda), or a photograph of a lost loved one or a lost national hero. This year of 2014 is a particularly important year, because it commemorates the twentieth anniversary of the genocide. With these thoughts on my mind and the testimonies of my friends bearing heavy on my heart this month, I decided to write about the third book I have read on the country of Rwanda: Shake Hands with the Devil: The Failure of Humanity in Rwanda, written by Canadian Lt. General Roméo Dallaire.


Dallaire was the Force Commander of the United Nations Assistance Mission to Rwanda from 1993-1994. In short, he saw the escalation of the violence and his worst possible fears played out on a mass scale as genocide took hold in the country. (It is important to note that nearly 1 million people were murdered in the space of 100 days.) During his stint as Commander, he was constantly warning the United Nations of the possibility of genocide and asking for additional support in the form of troops, supplies, and weapons, in order to maintain peace to prevent it. Instead, he found himself in control of a ragtag force, which was much smaller than he initially requested and was supplied with sub-standard materials and weapons. When given intelligence information about the upcoming slaughter of Tutsis, he was told by the UN not to move against the government to prevent the flow of weapons. At every turn, Dallaire was caught in a bureaucratic war with the UN. Two instances of this particularly caught my attention:

There is no way I can even attempt to do this book justice. It is perhaps the most worthwhile 500 pages I have ever read – providing insights into the failures of our international institutions, the apathy of the “First World” nations for Africa, and the descent of a country into chaos. Even more, it is an incredibly insightful and challenging memoir. Dallaire was a peacetime career military officer in Canada. Initially optimistic for the future of Rwanda when he first arrived, Dallaire was excited to utilize his military knowledge in a practical, real-world situation, where he could make a difference for good. Subsequently, the events of Rwanda unfolded in his mind like a nightmare. Despite his best efforts, he was unable to prevent the widespread massacre of ethnic Tutsis and politically moderate ethnic Hutus. Equally distressing, fifteen of the soldiers under his command died. (In fact, the radical Hutu government even targeted UN soldiers from Belgium, in order to follow in the example of the United States failure “Black Hawk Down” in Somalia. They believed that the West would not continue operations in the country if western soldiers died.) The nightmare eventually followed him back to the western world. He suffers from post-traumatic stress disorder and attempted to commit suicide in 2000.

Throughout the entire book, Dallaire questions himself and his actions when dealing with the many forces at play in Rwanda leading up to and during the genocide. In my opinion, one of the most powerful passages from the book is his recollection of meeting with leaders of the Hutu government (who were génocidaires) in order to better establish a “peace,” according to UN standards. Recalling an instance when he had seen spattered, dried blood on one of the leader’s shirts, he recalls his desire to administer his own justice by killing them: “I don’t know what the three Interahamwe [government] leaders made of the gesture, but I was fighting a terrible compulsion to shoot them on the spot. This was no fleeting urge. I had to consciously take my weapon off and put it away from myself. Why not shoot them? Wouldn’t such an act be justified?” (page 370)

Please feel free to comment on these topics or note something interesting from the book. I look forward to hearing your opinions!
Posted by Unknown at 12:01 AM