Democratic Republic of the Congo

Dancing in the Glory of Monsters: The Collapse of the Congo and the Great War of Africa 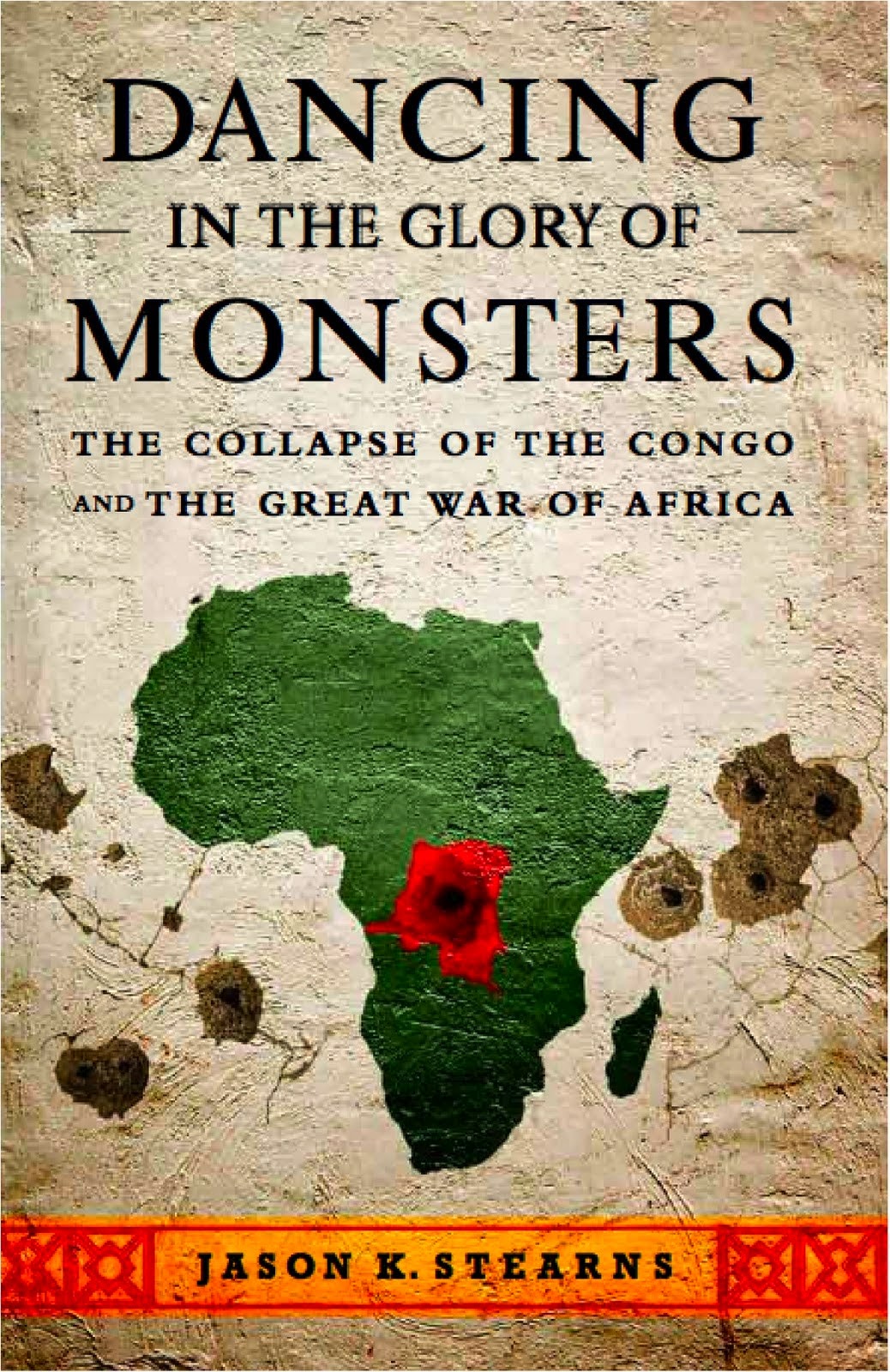 To be honest, I am not sure how politics hijacked my life during my brief stint in Chile in 2010. It must have been related to the upcoming run-off elections for the presidency between Eduardo Frei and Sebastian Piñera because politics seemed to manifest itself everywhere – at every street corner; in every conversation.

Attending a Spanish language program with other US students at a local Chilean university, I was a bit surprised when classes took a very strong anti-USA rhetoric. Every single day, our (language) professors talked about US imperialist mentality.  I believe that at least one writing assignment was to outline the unwanted involvement of our country in Latin America. (We were given the opportunity to write more essays on the topic for extra credit.) We also sang Cuban socialist-themed songs – all in the name of practicing the subjunctive tense, of course.  After class, I would go “home” to my Chilean host family, who had a comfy apartment in the middle of town, where I would hear an entirely different narrative on the country’s history, culture, and politics. (I will admit, I was a bit surprised when I first saw the framed photograph of Augusto Pinochet displayed in their home, but I got over it pretty quickly.) Indeed, my favorite memories in all of Chile were spent talking to my host parents every day at the dinner table, often drinking coffee late into the night, as they shared with me their experiences.

Needless to say, all of these opposing views came at a head when I was at an outdoor market with my host family and saw some Che Guevara memorabilia. I picked up something and raised my voice to start negotiating the price, when I heard my host father come up and say, “Don’t waste any of your money on that trash. Look at him – the socialist hero, and now he has become the ultimate capitalist money-making symbol with his face branded on coffee mugs and t-shirts made in China!” Some of you probably will not know this interesting tidbit: Che Guevara actually tried to incite revolution in the Democratic Republic of the Congo. And no - his socialist revolution was not successful. Apparently, the fight against the bourgeoisie culture just could not really take off where 80% of the country survived through sustenance agriculture: “The Cuban revolutionary Che Guevara spent almost a year in the Congo in 1965 fighting with rebels in the east before he abandoned the struggle. Malnourished and depressed, he concluded they ‘weren’t ready for the revolution. The Congo has always defied the idealists.” (page 9) I learned this interesting tidbit in the book I read about the Democratic Republic of the Congo (also called the DR Congo), Dancing in the Glory of Monsters: The Collapse of the Congo and the Great War of Africa by Jason Stearns. Published in 2011, it was deemed “A Best Book of the Year” by The Economist as well as by The Wall Street Journal.

This book only briefly covers DR Congo’s history, including Che Guevara’s failure there. However, DR Congo is not well known for its failed socialist revolution, but rather as the setting for Joseph Conrad’s (no familial relation there – I checked) famous novel, The Heart of Darkness. Originally a Belgian Colony, DR Congo was ruled by King Leopold absolutely. Even more, he utilized the country’s resources as his own personal bank account and extracted wealth from it mercilessly solely for his personal gain in the latter half of the 19th century. The Belgian Congo was finally granted independence in 1960, after which it was divided into four separate states. However, the region was plagued with conflict until 1965, when Mobutu Sese Seko gained control of the country through a military coup. Changing the country’s name to Zaire, he ruled authoritatively for the 31 years to follow.

This book delves into the fall of Mobutu, which was brought on by the Congolese Wars.  Despite the West’s relative unfamiliarity with these conflicts, they are some of the most complex and important conflicts of our time. (Between 1998 and 2000 alone, an estimated 1.7 million died as a direct result of the conflict, and it is estimated that there were over 5 million casualties. Even more, an estimated 37% of Congolese women were directly victims of sexual violence during these conflicts.) The author notes that these wars are not only difficult for the Western media to report, but also for scholars to even understand. Yet, despite their complexity, we must understand the bloodshed in order for it to end. “The Congolese war must be put among the other great human cataclysms of our time… And yet, despite its epic proportions, the war has received little sustained attention from the rest of the world. The mortality figures are so immense that they have become absurd, almost meaningless. From the outside, the war seems to possess no overarching narrative or ideology to explain it. No easy tribal conflict or socialist revolution to use as a peg in a news piece… How do you cover a war that involves at least twenty different rebel groups and the armies of nine countries, yet does not seem to have a clear cause or objective?” (page 5) 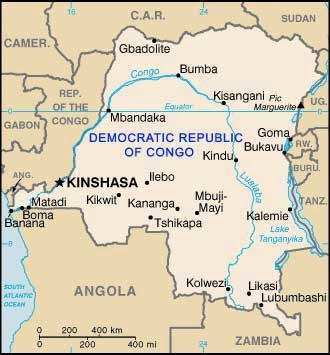 The Congolese War can actually be divided into three separate conflicts: The First Congo War ended with the toppling of the dictator Mobutu in 1997. The Second Congo War began in 1998 and lasted until 2003. However, there continues to be conflict and fighting in the eastern Kivu region of the Congo until this day – resulting in an ongoing humanitarian crisis, a documented in this brief video by the Guardian.

In order to understand what happened in the DR Congo, it is important to first understand the history of Rwanda. An estimated 175,000-200,000 Hutus directly participated in the killings of the 1994 genocide. Fearing retaliation (and spurred by the government, who told them that the predominantly Tutsi Rwandan Patriotic Front would seek retaliation), 2 million Hutus fled the country. Many of them fled to the Congo, where they were received in Western-sponsored refugee camps. However, it was in these camps, where the Hutu army began to surreptitiously rearm themselves and began to attack Rwanda from the Congo. This was not only the case with Rwanda, as Mobutu had provided asylum and support for over a dozen guerilla groups: “By mid-1996, Musveni [President of Uganda] and Kagame [then General of the Rwandan Patriotic Front, now President of Rwanda] had stitched together an impressive alliance of African government behind their drive to overthrow Mobutu. The war that started in Zaire in September 1996 was not, above all, a civil war. It was a regional conflict, pitting a new generation of young, visionary African leaders against Mobutu Sese Seko, the continent’s dinosaur. Never had so many African countries united militarily behind one cause, leading some to dub the war Africa’s World War.” (page 54)

However, after over thirty years of the dictator’s incompetent Machiavellian-style rule, in which he divided any potential allies in order to secure his power, Congo was in a state of disarray: “The country’s income had shrunk to a third of what it had been at independence in 1960. Inflation was at 50 percent. Between 1988 and 1996, copper production had plummeted from 506,000 to 38,000 tons, while industrial diamond production dropped from 10 million to 6.5 million carats. Coffee, palm oil, and tea production followed the same trend. Only 5 percent of the population had salaried jobs; many of those worked for the state on salaries as low as five dollars a month. There were 120,000 soldiers and 600,000 civil servants to pay and only 2,000 miles of paved roads in the twelfth largest country in the world. To top it off, the government was broke.” (page 165) Needless to say, it was nearly impossible for the Congolese Laurent Kabila (who was hand-picked by Congo’s neighbors to rule the country) to establish control. More importantly, the government was unable to gain control over the eastern region of the Congo, where the Hutu military of the former Rwandan government continued to skirmish and threaten to attack Rwanda. Subsequently, Rwanda, Uganda, and Burundi led a new initiative in DR Congo, this time against the President they had picked just years before. In fact, it was its action during this war for which Rwanda faces its harshest criticism, as other African governments began to support an independent Congo, free of both Mobutu and foreign Rwandan interference. (Even Uganda and Rwanda entered into a rift in the middle of this Second Congolese War.) Even more, Rwanda often faces criticism of actually enriching themselves through this conflict: “Between 1997 and 1999, official Ugandan exports of diamonds grew tenfold, from $198,000 to $1.8 million. Rwanda’s official exports leaped from $16,000 to $1.7 million between 1998 and 2000, even though neither country has diamonds of its own.” (page 241)

This book is thick and heavy with information, but is one of the most readable and engaging books I have read about Africa thus far. I highly recommend it, as conflict continues in the region (and even made mainstream news in the United States once again in June.)