An Ordinary Man: An Autobiography 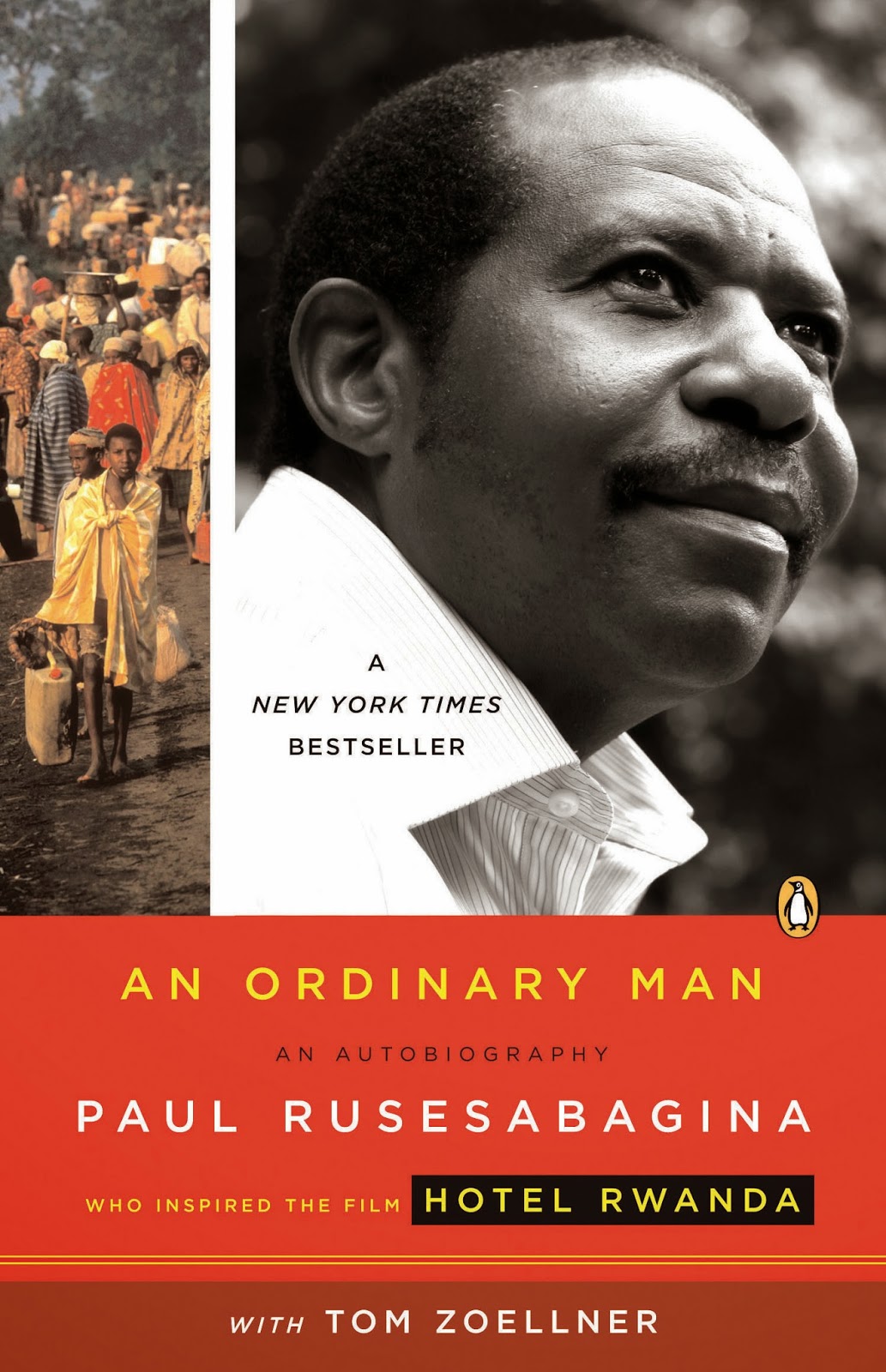 This is ridiculous, I thought to myself as I looked in the mirror. The black blouse covered up my arms and was buttoned up to my neck. I had found an over-sized bright orange scarf to serve as a skirt and a wide 6-inch white visor to protect my face from the harmful UV rays. The only skin showing was the tops of my feet in leopard print flip flops and my hands. Yes, I was ready for the beach.

Earlier in the week, I had made the mistake of basking in the sun on the beach – and subsequently burning my skin to the point of peeling and blisters – as I lost all track of time while reading Samantha Power’s book, “A Problem from Hell: America and the Age of Genocide” in its entirety. I know that several of my readers may be from outside the United States and may not know my country’s political figures, so here is a brief background: Samantha Power is currently the Representative of the United States to the United Nations in New York City. A former reporter during the Balkan Wars, she received her law degree from Harvard University and later led Harvard’s Carr Center for Human Rights – specializing on the United States’ response to genocides in the modern era. “A Problem From Hell” – a direct quote from former President Bill Clinton when discussing Bosnia during his presidency – is her crowning work of over 500 pages, first published in 2002. In the book, she discusses how the United States has never utilized action to stop genocide in its history of foreign policy. While this deserves a blog post of its own certainly, what most struck me about the book were all of the nuances which she embedded so fluidly in her discourse of genocide. 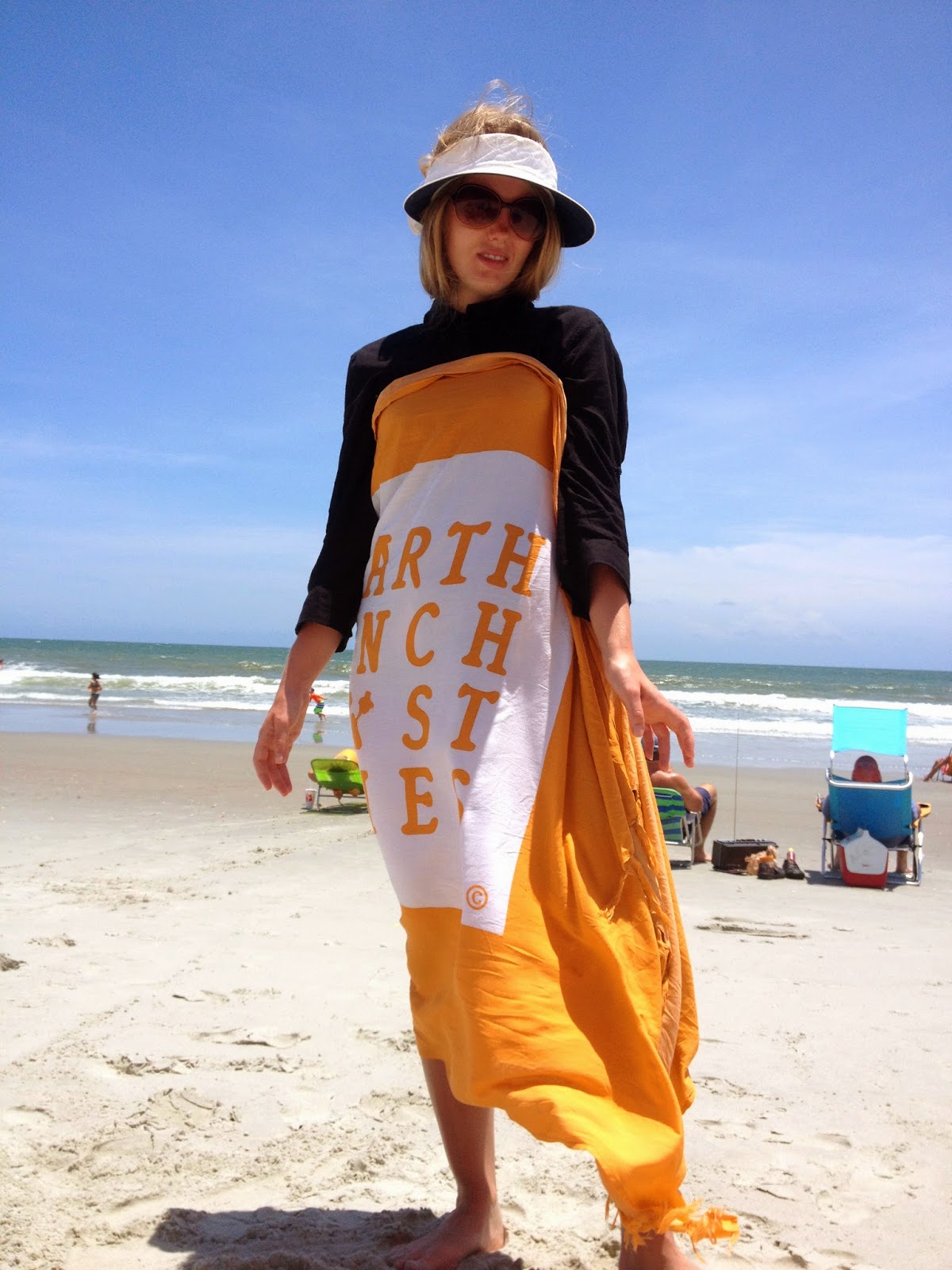 As the ocean waves rhythmically pounded the shore, I was mesmerized by the stories of bureaucratic hurdles, letters that diplomats wrote their children as they expected to die on intelligence missions, and the politics behind the legislation finally (and often too late) implemented by the government. One particular story caught my attention and really made me ponder: When sanctions were finally implemented by the United States against Iraq’s Saddam Hussain in his genocide against the Kurdish people in the late 1980s, sickeningly, one of the greatest lobby groups for the revocation of these sanctions was chemical companies. Apparently, as Hussain was a great importer of chemicals for his weapons (particularly mustard gas and nerve agents), the United States chemical companies were worried about their profits.

This struck me greatly, especially since I recently began employment with a company that imports/exports a great deal. Did the chemists know they were creating substances that would be used to conduct genocide? Did the truck drivers know that they were transporting the weapons for genocide? My point is that genocide is not an isolated occurrence. In our modern day globalization, unknowingly and indirectly, one can participate in genocide. This point was also brought up in my fourth read about Rwanda, “An Ordinary Man: An Autobiography,” written by Paul Ruesabagina, with assistance from Tom Zoellner.

Many of you probably know of Paul Ruesabagina, even if you don’t recognize his name. His story served as the basis for the famed Hollywood film “Hotel Rwanda,” released in 2004 and nominated for numerous awards. Paul was the assistant hotel manager of the European-owned luxury hotel “Milles Collines” in the capital city of Kigali when genocide broke out in Rwanda in 1994. With a Hutu father and a Tutsi mother, he was not necessarily in danger of being killed himself (as ethnicity is inherited from the father’s side.) However, he utilized his influence and the little political capital he had left (as well as all of the money, fine alcohol, and luxury goods the hotel had left in its possession) to keep the over 1200 refugees who had fled there alive and safe from the Hutu Interawahme militia that was conducting genocide.

This short book provides fascinating insights into the genocide, African culture, continued western involvement, as well as the Rwandan political culture today. What particularly struck me was this idea of the globalization of genocide, as well as genocide creeping into the business world. I found myself reading again and again the paragraph in which the author describes the container of cheap machetes coming in from China – enough machetes to arm every third Hutu man with a new weapon in all of Rwanda.  (It is important to note that an estimated 52.8% of the nearly 800,000 to 1 million murders which took place were done so with machetes – a common tool used for agriculture which most Rwandans already owned.)

However, globalization does not stop with economic interconnections; it is intrinsically tied with politics, as well. This particular aspect is perhaps not more evident than in the Rwandan genocide, as France was involved heavily before and during the genocide. Following the end of the genocide in 1994, the new government (led by Tutsi Rwandan Patriotic Front military general Paul Kagame) cut all ties with France (which were only resumed in 2009) and continues to blame France, as noted in this 2014 article from The Guardian.

Paul Ruesabagina provides an interesting and personal touch to his accusations against the French, interspersing them (as he does often with his MANY accusations in the book) within personal narratives and stories. Two particularly caught my attention. The first quote was because last year, as I walked through the streets of Paris, I was overcome with the city’s manifestations of empire – the vast streets, the prideful national monuments and buildings, the French flag flown in every possible setting. Perhaps more than any city I had ever visited, Paris embodied this idea of “empire” the most. The second caught my attention because in a recent conversation, someone presented the French as the heroes, helping stop the conflict. While France did later send troops to “stabilize” the country, it is important to keep this action in context with France’s past actions in the country:
When I first picked up this book and told one of my Rwandan friends I was going to read it, he made a weird face and said that nobody in Rwanda really liked Paul Ruesabagina. Yes, he brought attention in the West to Rwanda’s genocide through his Hollywood story. However, after only spending one year in Rwanda after the genocide, he left Rwanda for good and moved to Brussels (Belgium) with his family. I can see where this book would be considered controversial – especially in Rwanda’s current political atmosphere. Paul shares his opinions without reserve. While perhaps some of these opinions should be contained - due to the sensitivity and the challenges following genocide - I personally found them interesting and enlightening as a detached westerner. Probably this comment is a bit melodramatic (and I most certainly do not agree with it 100%), but I would like to end this post with it as food for thought: “I am sometimes asked to name the thing that most scares me about Rwanda. My answer is this: It frightens me to death when my countrymen do not talk. And it frightens me that my country today is packed with a lot of angry people not talking to each other. We could be witnessing the roots of a future holocaust.“ (page 195)

Please feel free to comment on these topics or note something interesting from the book. I look forward to hearing your opinions!
Posted by Unknown at 8:35 PM