The Teeth May Smile But the Heart Does Not Forget 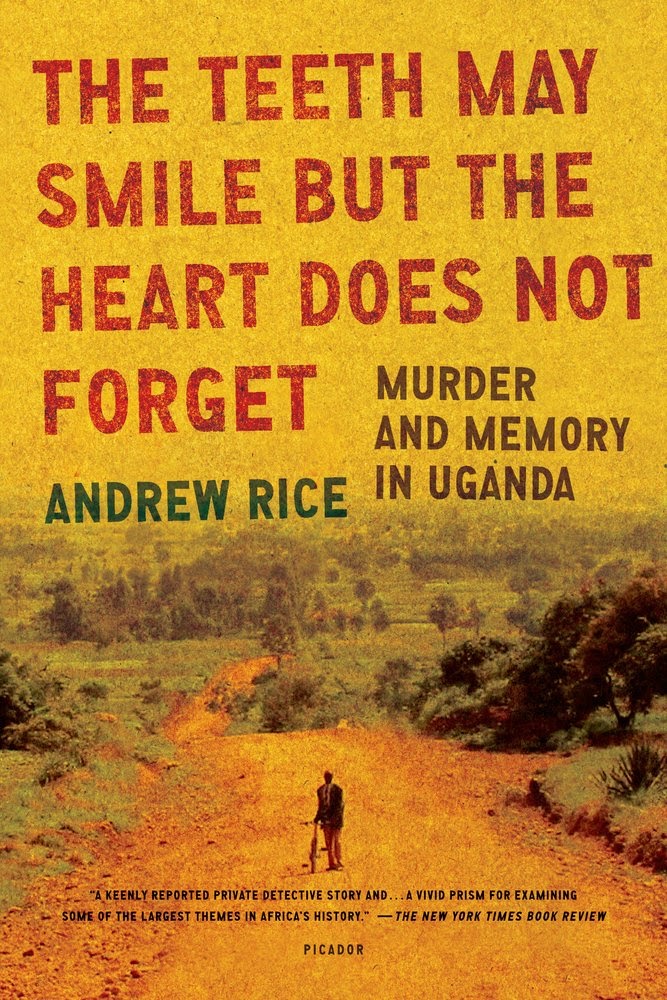 I almost didn’t graduate from 4-year-old preschool. The reason was that I did not know how to walk backwards –apparently some sign that I was not advanced enough to enter kindergarten. This lack of physicality was evident even when I was a baby – my parents did not invest in a play pen because I would sit in one place if given a stack of books to keep me busy. What I lacked in active precociousness, I made up for in intellectual precociousness. By three years old, my favorite activities were painting, learning to read, completing complex jigsaw puzzles, and identifying classical music composers by their music.

As I was an only child, no one spoke to me like I was a kid. My age didn’t often show, but when it showed, it showed badly. One such example was during family movie nights – I just couldn’t hold in my emotions when I watched films. I will never be able to live down the time when I was three years old and went absolutely berserk while watching the childhood classic Heidi from 1937. Marching up to the television screen with tears streaming down my face, I pointed my finger at the curly-haired Shirley Temple and yelled repeatedly, “I hate you, Heidi! I hate you!” (Context: That stupid girl had wandered out into the Swiss Alps alone – despite her grandfather’s warnings – and nearly died.) It is also worth noting that I told my parents - for the only time in my life, mind you - that I hated them for picking out that movie to start with before stomping into my room and slamming the door. 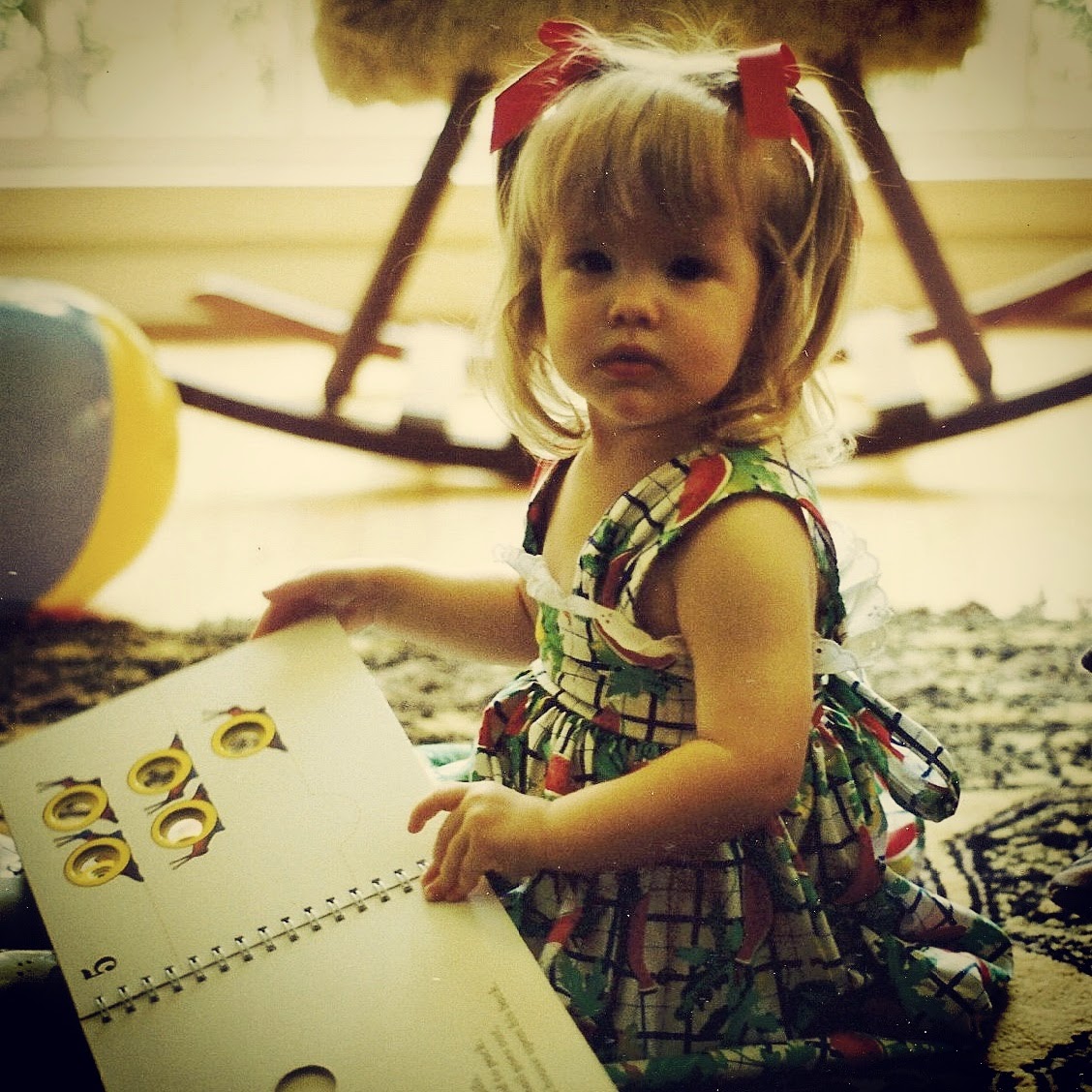 There were many more mishaps – don’t even ask about Fly Away Home or Black Beauty – until I finally learned to control my emotions while watching movies. For years upon years, I looked stoically at the screen as I kept my emotions in check during countless cartoons, dramas, and romantic comedies. This all changed when I chose to watch War Dance one day through Netflix.

Many of you might be familiar with the Lord’s Resistance Army of Uganda – the subject of the 2012 KONY social media phenomenon that broke out across the United States. War Dance, which was released in 2007, tells the story of a school choir in an impoverished section of Northern Uganda, that won the opportunity to compete in a national music competition in the capital city of Kampala. The members of this choir – all young and enthusiastic individuals – are the victims of Joseph Kony’s murderous antics – whether they had family members killed or whether they were forced to become child soldiers themselves. As one young girl visited the bush where her father was killed and burst into wailing tears, I found myself crying uncontrollably, as well. That raw pain made a lasting impact on me that was impossible for me to shake for weeks.

Uganda seems to always lie in our public consciousness in the United States – taking aside the explosive KONY campaign. In 2007, Forest Whitaker received the Academy Award for Best Actor for his portrayal of Ugandan Dictator Idi Amin in The Last King of Scotland (which also featured the stars James McAvoy and Kerry Washington.) Likewise, Uganda has been the subject of countless news features on the so-called (and self-explanatory) “Kill the Gays” Bill, which was first introduced by a Member of Parliament in 2009. After being passed by the Parliament, the bill was signed into law in 2014 by the President with life in prison favored instead of the death penalty.

As one can imagine, it would be difficult to choose only one book about this complex, landlocked country in the heart of East Africa. I eventually decided upon journalist Andrew Rice’s “The Teeth May Smile, but the Heart Does Not Forget: Murder and Mystery in Uganda.” This book is a beautiful story of a son (who became an attorney in the United States after leaving Uganda) trying to find the truth of the story of his father, who went missing during the regime of Idi Amin under mysterious circumstances. This personal tale is interspersed in the amazingly complex (and at times, unbelievable) political history of the country of Uganda: “After independence came, in 1962, Uganda convulsed along the regional, ethnic and religious fault lines that colonialism had created. The first head of state, a royal kabaka, was driven into exile by his prime minister, a commoner Anglican from the north. The prime minister, in turn, was overthrown in 1971 by a Muslim solider General Idi Amin. Amin was driven out eight years later by a Tanzanian-sponsored invasion, and after that five rulers followed in quick succession, each more repressive and incompetent than the next.” (page 7)

Idi Amin came to power in 1971 after taking power forcibly from the President Milton Obote, who had run the country as a one-party dictatorship. Amin was a welcome change by the Ugandan people, but one that quickly turned deadly. The economy crumbled under Amin’s so-called “gangster economy”, in which members of his Muslim tribe to the North were given favors and positions without any show of merit. Moreover, an estimated 100,000-300,000 Ugandans were murdered by the Amin regime – many notably were tortured and killed at Amin’s favorite Kampala hotel - with the West fairly disengaged in the midst of the 1970s foreign policy of détente. It was only in 1979 that Amin was brought to his knees through his neighboring country of Tanzania: “Amin called for a truce and international mediation, proposing that he and Nyerere [President of Tanzania] might be able to settle their differences in a boxing match refereed by Muhammad Ali. Nyerere declined the invitation. Instead, his army launched a furious artillery barrage against Uganda’s border defenses.” (page 202)

Tanzania restored Milton Obote to the presidency, who utilized many similar tactics of Idi Amin to retain his power – leading to the so-called Ugandan Bush War between 1981 and 1986.The result was the defeat of the government troops by the guerilla tactics of Yoweri Musveni, who has served as the nation’s President since 1986. (It is interesting to note that Musveni recruited from the Tutsi Rwandan refugee camps to conduct his guerilla warfare – leading to Paul Kagame rising in the ranks and becoming the head of military intelligence before starting his invasion of Rwanda in 1990.) Met with great enthusiasm at first and highly modern in his tactics of economic development and modernization, Museveni has been more recently criticized for his refusal to give up the Presidency, as he nears the 20-year anniversary of his rule.

Although this is a book about Ugandan politics and recent history, the author delves into these topics to better explore the topic of personal reconciliation. Indeed, it is impossible to reconcile without understanding the past. The topic of “reconciliation” has become a hot topic in Africa, especially in Rwanda, as the Rwandese praise reconciliation for their ability to move past genocide and contribute to the country’s great economic growth. However, the author questions if reconciliation is really occurring in neighboring Uganda – as the persecutors during the Amin and Obote regimes have yet to receive legal judgment for their crimes. (He also notes interestingly that the Idi Amin regime is not covered in Ugandan textbooks.)

As the main character, Duncan Laki, seeks justice, he encounters one roadblock after another – for example, the perpetrators were actually granted pardons from President Musveni himself in order to encourage them to come back to Uganda and promote social integration. Moreover, “No one in Uganda took responsibility for Amin’s crimes. southerners blamed the northerners. The northerners blamed the Nubians. The Nubians blamed ‘those Sudanese,’ Amin’s foreign mercenaries.” (page 259) It is heartbreaking to read about Duncan’s challenges, but as the story unfolds, it reads like a thriller.

While the book was very enjoyable, I was left with two poignant questions: Can we achieve reconciliation without justice? And is justice simply a first world luxury?