The Fear: Robert Mugabe and the Martyrdom of Zimbabwe 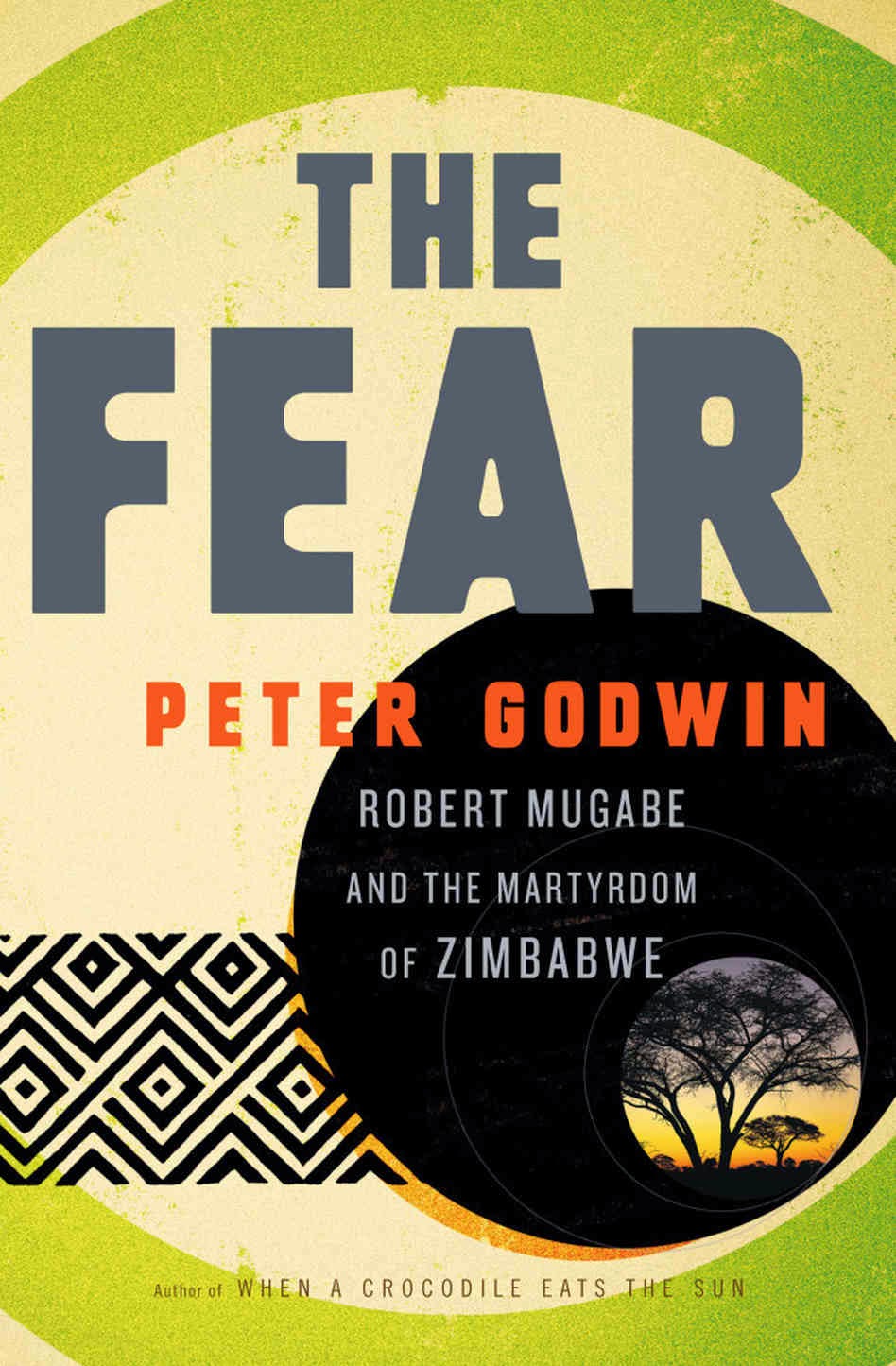 The man in the exquisite black and white uniform approached me with a smile on his face. Handing over my menu, I ordered an orange juice, a coffee, and a hearty breakfast. Leaning back in my chair, I admired my surroundings. Indeed, the scene was one just out of a movie. The sun shone brightly through the trees onto the flowers surrounding the outdoor patio of the Literaturhaus – a famous literature house in Berlin, which incorporates a unique book store and a fancy restaurant. All around me were distinguished-looking Germans, laughing and chattering away in the Berlin summer heat. I didn’t look too out of place myself in my summer sundress, designer sunglasses, blonde hair coiffed, and a Spanish-language book in hand by Mario Vargas Llosa. The occasion for such a celebration? Simply put, I had a day off work.

Actually, my primary purpose for this adventure into “West Berlin” (even though the city is no longer divided, there is a noticeable difference and I spent far more time in the East) was to go to the house next to the Literaturhaus, which hosts the Käthe Kollwitz Museum. Raised by a mother who is an artist, I was exposed to many prolific and obscure artists early in my life, but my knowledge of Käthe Kollwitz came much later. However, as soon as I saw her powerful works, I was instantly moved and she became my favorite artist of all. I recently read a biography about her written by the late academic Klemens von Klemperer. In it, he describes that Kollwitz was deeply affected by the suffering of the German people during the First World War. After losing one of her own sons during this conflict, she focused her work on social subjects: the pain of motherhood, hunger, death, and strife – in a dark, bold style. 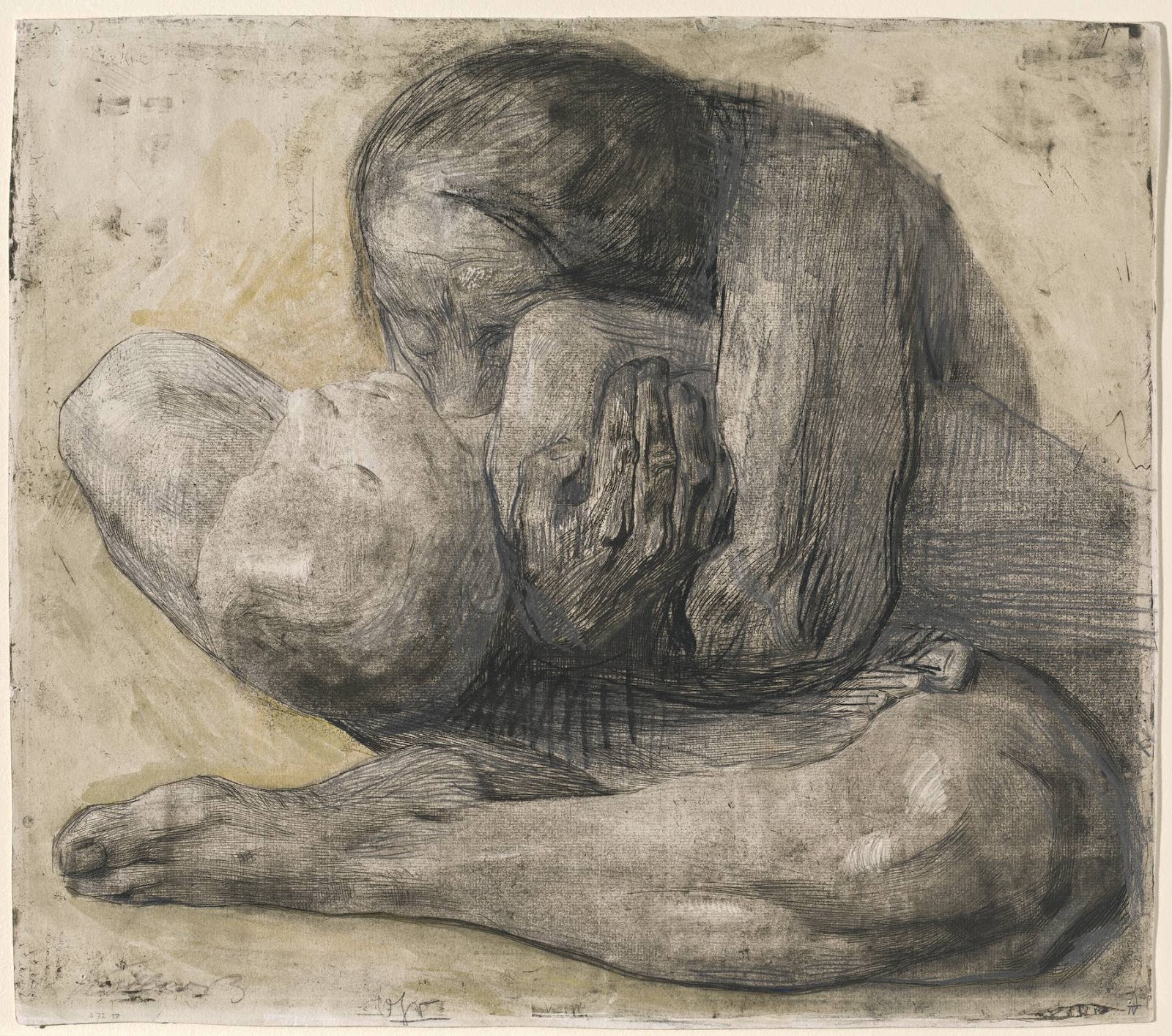 My favorite artist might come as a surprise to some of my friends. Normally, I am up for the most modern art I can find/experience. (I mean, I am one of those types of people who went to see an “opera” of jibber jabber in a warehouse – sitting on a beat-up crate as the singer started spray painting the white walls blue.) However, the quality that most attracts me to any piece of art is its social statement, not its aestheticism. Art is another means by which to communicate – and I am much more interested in the content of communication, rather than what is sounds/looks like. 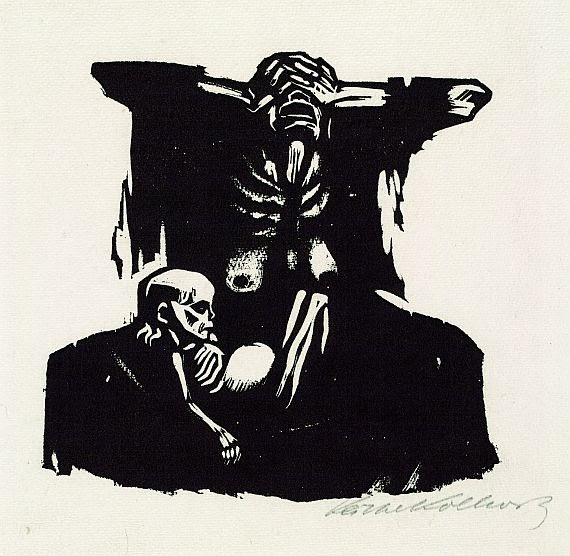 Needless to say, I have talked about a great deal of art in order to introduce the second book I read about the country of Zimbabwe. I loved the first book I read about this country, “Mukiwa: A White Boy in Africa” by Peter Godwin, so much that I actually prolonged finishing it – reading it in small snipets at a time. The book was written by a man of European descent, who was born in what-was-then-Southern-Rhodesia and what-is-now-Zimbabwe. He grew up in a rural area and developed a deep appreciation for the African culture which constantly surrounded him, learning to even speak the Shona language fluently. However, despite his sensitivities, he found himself caught up in the events of the time, fighting Africans as a white soldier in the Rhodesian Bush War. Fleeing Zimbabwe as soon as his mandatory service time was up, he became a lawyer and later a journalist (a job for which he earned the title of “Enemy of the State” by Robert Mugabe.)

As I was looking up Godwin’s website as I wrote my first book review on Zimbabwe, I found myself absolutely entranced by the book trailer for his latest book, “The Fear: Robert Mugabe and the Martyrdom of Zimbabwe.” I was fascinated to see how a book, an art exhibit, and marketing could combine to communicate a social message so powerfully. (If you don’t want to watch this video, here is an overview of what you would see: As more and more bookstore-goers listen to clips of the book, exposing the human rights violations and the authoritarianism of Mugabe’s government, the displayed bust of Robert Mugabe starts to crumble into pieces. This is supposed to represent the fact that Mugabe’s power could be broken through exposure to the truth and the West’s subsequent action.) I knew then and there that I had to read it.

This book was published in 2010 following a couple of positively disastrous years to the Zimbabwean economy and political atmosphere. Returning to his childhood home to witness what-he-hoped-to-be the unraveling of Mugabe’s regime in 2008, Godwin noted: “Once they enjoyed the highest standard of living in Africa. Now their money is nearly worthless, halving in value every twenty-four hours. Only 6 percent of workers have jobs. Their incomes have sunk to pre-1950s levels. They are starving. Their schools are closed, their hospitals collapsed. Their life expectancy has crashed from sixty to thirty-six.” (page 6)

In 2008 after botched elections, Mugabe’s regime began to fall apart at its seams, after which he accepted an unprecedented power-sharing in the government; allowing other political parties to take part. However, in the midst of this so-called power-sharing, he re-energized and struck back, eventually disregarding this new arrangement and consolidating his dictatorial power once again. This book shows how this happened – bit by bit; step by step. I highly recommend it to whomever is interested in learning more about this tragic case of modern Zimbabwe. The chapters are short and Godwin writes in a very accessible way; making this new information and African names (still unfamiliar to Western ears) understandable and comfortable.

One of the aspects which particularly caught my attention is how many times the word “genocide” was thrown around. Indeed, genocide, or rather, acts of genocide occur far too frequently on the African continent. That being said, I had never heard of “genocide” in context to Mugabe’s regime before. Godwin’s explanations gave me a new appreciation for how closely politics and tribe/ethnicity are intertwined. Subsequently, suppression of a political movement can easily turn into an act of genocide - as quickly as wildfire can spread in a forest.

It is worth noting that the author was first declared an enemy of the state in 1983 (three years after Mugabe took power as the Head of Government) after researching and exposing the 1983 Matabeleland massacres, which have been described as acts of genocide. In short, Mugabe sent forces to crush a political party in the southern part of Zimbabwe; targeting a tribe different than his own. Thus, it should come as no surprise that Mugabe would continue with these sorts of actions as he continued to wield power. Godwin described Mugabe’s frequent killings and massacres: “Frances uses a phrase I’ve started to hear: ‘smart genocide,’ a grotesque science that Mugabe is apparently honing. There’s no need to directly kill hundreds of thousands, if you can select and kill the right few thousands. Is this really a ‘refining’ of genocide?... Some call what is happening here ‘politicde.’ As genocide is an attempt to wipe out an ethnic group, so politicide is the practice of wiping out an entire political movement.” (page 109)

Perhaps what is most telling about Mugabe’s disregard to genocide, justice, and human rights is that he granted former Ethiopian President Mengistu Haile Mariam sanctuary in 1991 and later provided him positions of leadership in the Zimbabwean government in national security. In 2007, when an Ethiopian court convicted Mengistu of genocide, Mugabe refused to give him up. (It is estimated that up to 2 million people could have died during Mengistu’s communist Derg regime and the Ethiopian people are awaiting justice.)

Godwin outlines abuse after abuse of the regime of Robert Mugabe. He notes that, at the time of publishing, Mugabe’s approval rating hovered at only about 12%, according to a Freedom House report. However, he notes that the real reason that the Mugabe regime has not yet collapsed is due to outside forces: “It is about twelve miles to Mvurwi hospital, and on the way we pass a large World Food Program depot. Bags, plump with grain, are stacked up high. This is how Zimbabwe eats. The same Western powers that Mugabe routinely demonizes in his banal biopsy of blame are the principal donors of food to his people. These towers of grain bags are all that stands between Zimbabwe and full-scale famine.” (page 144) Godwin ends his book with a call to action that is both powerful and poignant, sharing the apathy of the West (also including Zimbabwe’s neighbor of South Africa), as well as the pain of the Zimbabwean people - insinuating that they are alone in this struggle.

Please feel free to comment on these topics or note something interesting from the book. I look forward to hearing your opinions!
Posted by Unknown at 9:45 PM