I Didn’t Do It for You: How the World Betrayed a Small African Nation 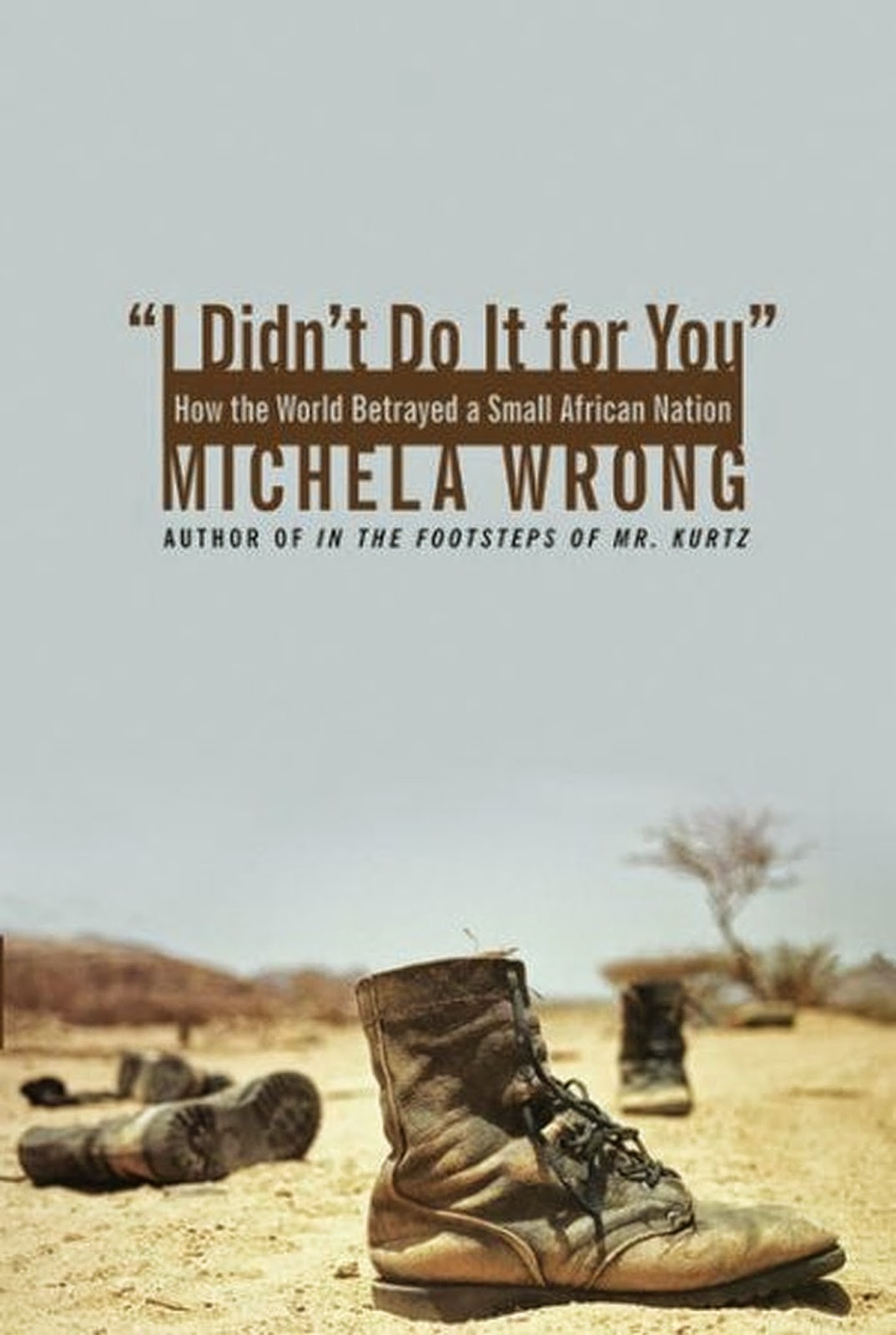 My hosts were hurling insults in thick New York accents at each other across the kitchen table, which was filled with an obscene amount of cheap Chinese food – $120 of Chinese takeout, to be precise. I looked around the room; my eyes finally resting on the door of the apartment with its six dead bolts. I started to panic – I had already sat through two long hours as they discussed whether or not so-and-so is an honest man; that so-and-so got himself into trouble precisely because he wasn’t an honest man; and all of their friends who had suddenly died of “cancer.” I then decided that somehow I had found myself staying with people who either were connected with the mafia already or who desperately wanted to be connected. Either way, it prompted reasons for concern. Needless to say, I quickly excused myself to my bedroom and locked the one little lock on my door.

The next morning, as I sat at that same table with my morning coffee, the woman demanded to know what size shoe I wore – after which she disappeared to return with an unusual pair of gladiator sandals, the likes of which I had never seen before and probably will never see again. Thrusting them at me and continually rubbing the back of my hand, she exclaimed, “I want you to have these. They are made out of real crocodile skin! SEE?! REAL crocodile skin! They were very expensive. Before my Italian husband died of cancer, he bought them for me. I want you to have them.” I was too afraid to refuse and returned home from New York City with a “new” pair of shoes - so completely different from my normal fashion style, I have yet to wear them.

I share this anecdote to introduce the fact that I own far too many shoes than I care to admit. I have shoes for every occasion; of every shape, color, and heel height. I am often plagued by the question: What sort of pathological need am I trying to fill by owning so many pairs of shoes? However, there are many interesting psychological and academic topics when it comes to shoes – not least of all the foot-binding practice used on the women of imperial China. However, when I picked up my book on the country of Eritrea, “I Didn’t Do It for You: How the World Betrayed a Small African Nation,” written by Michela Wong, I did not expect the topic of shoes to take such a principal role (although it is worth noting that the cover features a photograph of dusty old boots): 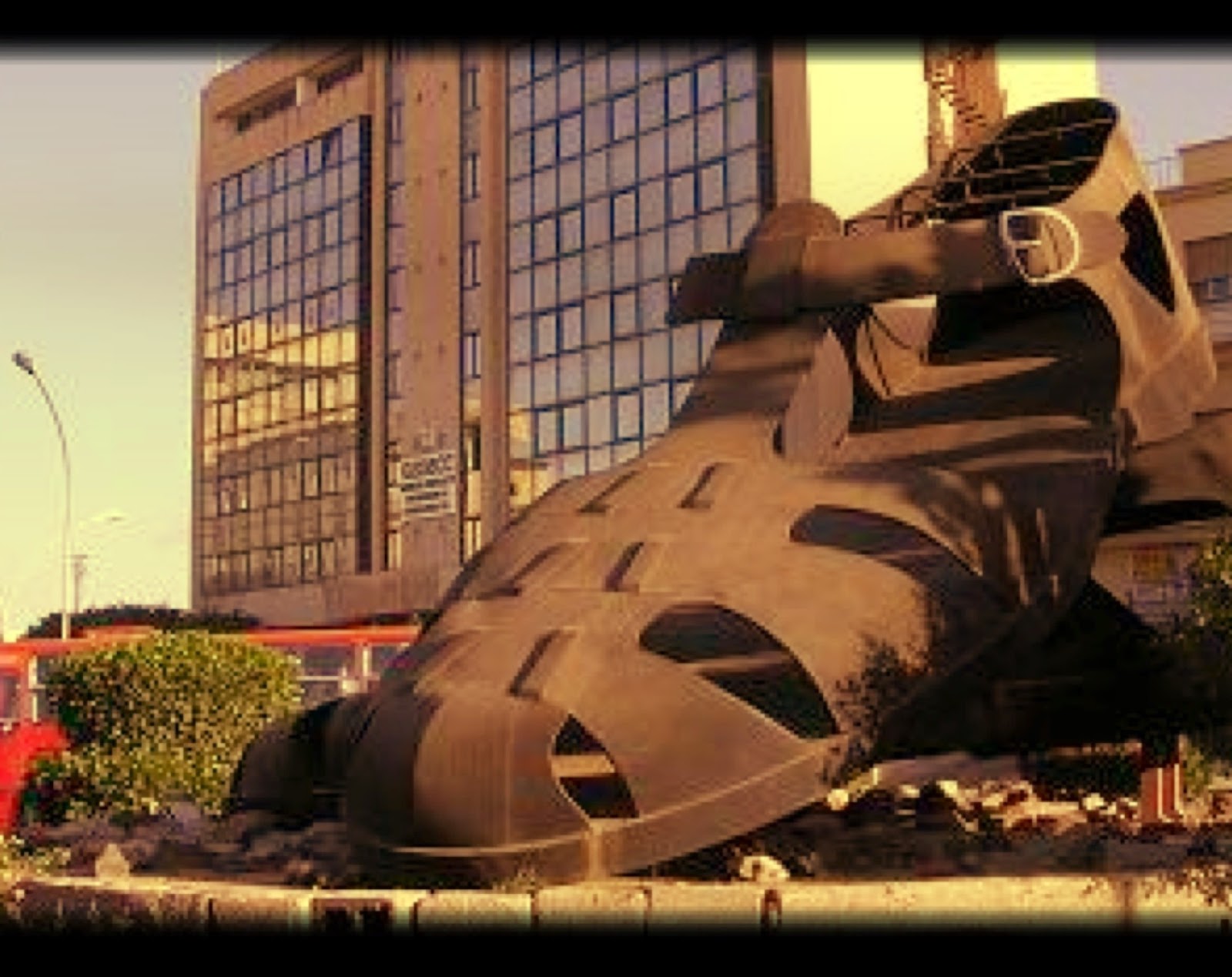 “Celebrating its victory, any other new government would have ordered a statue: of its leader, a tableau of freedom fighters depicted in glorious action, or a symbolic flaming torch. The Eritreans chose instead an outsize black metal sandal, a giant version of the plastic shidda worn by hundreds of thousands of Eritreans who could afford neither leather nor polish. Ridiculously cheap, washable, long-lasting, the Kongo sandal – as it was known – was the poor man’s boot, perfect symbol for an egalitarian movement. It must be the world’s only public monument to an item of footwear.” (page 19)

Out of all of the African countries about which I have read, I find Eritrea’s history perhaps the most difficult to share. This is because Eritrea’s history is not truly its own – its history is instead overpowered by those of other countries. As the author describes, “Its narrative was entwined with those of colonial empires and superpowers, its destiny had engaged presidents in the White House and leaders in the Kremlin. It had obsessed emperors who believed themselves descended from Solomon and preoccupied dictators who took the Fascist salute.” (page xi) Indeed, Eritrea only gained independence in 1993 after a 30-year independence struggle against Ethiopia, in which 1 in every 50 Eritreans lost his/her life.

In 1890, in the midst of the European grab for power in Africa, Italy was invited to take modern-day Eritrea from Egypt by the British – mostly because Britain wanted to make sure that there would be no power vacuum which would lead to its inability to access the Red Sea. A peaceful takeover, Eritrea became Italy’s first colony and a huge source of pride for the Italian government. In fact, Italy invested far more into its colony than it ever extracted: “New offices and arsenals, car parks and laboratories sprang up, traffic queues for the first time formed on the city’s streets. The most modern city in Africa [Asmara] boasted more traffic lights than Rome itself. Soon the simple one-story houses of the 19th century were dwarfed by Modernist palazzi.” (page 72) Eritrea was also the base off of which the Italian dictator Mussolini took over the Empire of Abyssinia (modern-day Ethiopia) in 1936. 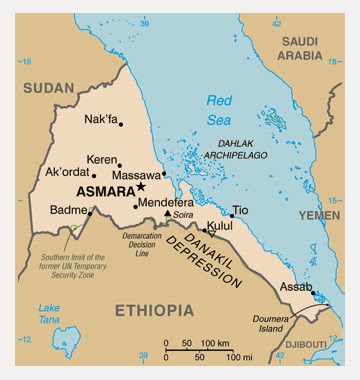 As a colony of Italy, Ethiopia and Eritrea became a battleground in the midst of World War II. In 1941, the British expelled the Italian forces after the infamous Battle of Keren. Their administration, which was justified through a UN mandate and lasted for the following 10 years, was inherently racist. It is estimated that some 80% of the wealth that Italy had bestowed on Eritrea and Ethiopia was extracted from the region and brought to territories (like Kenya) traditionally under British control.  The author notes that, “News of Ethiopia’s treatment would have been enough to make any county think twice about surrendering to the Allies… Goebbels could now point to Ethiopia and say to the people of Norway, Belgium, Holland, France, Poland, and Greece, ‘If the United Nations win, they will treat your country as enemy territory, just as Great Britain treated Ethiopia.’” (page 144)

In 1951, a new UN mandate was established that converted Ethiopia and Eritrea into a federation. After 10 years in the federation, Eritrea would have the opportunity whether to become a part of Ethiopia or seek independence. It was at this point that Eritrea became overshadowed by the country of Ethiopia – first led by charismatic emperor Haile Selassie. Believing himself the direct descendent of King Solomon and thus it being his destiny to rule, Selassie soon annexed Eritrea to ensure that Ethiopia would no longer be landlocked and would have access to the Red Sea. The United States, which had established a top secret intelligence hub in Eritrea during World War II, made no objections. The US Kagnew Base in Eritrea was a key base for spying and intelligence gathering during the Cold War, due to its location high above sea level on a plateau, allowing it to detect radio waves coming all the way from Brazil. Kagnew Base also became the pawn of emperor Selassie, who elicited over $180 million in US military aid between 1946 and 1972: “Washington was uneasy with the idea of an independent Eritrea, all too likely, it was thought, to fall prey to a predatory Communist bloc. It wanted a friendly Ethiopian government, a government it could do business with in firm control of the Hamasien plateau.” (page 203)

In 1974, everything changed. In Ethiopia, the emperor Selassie was ousted and in his place, a communist military regime called the Derg (under the leadership of Mengistu Haile Mariam) came to power. Needless to say, the United States left Eritrea as the Ethiopians developed a strong military partnership with the USSR. Although Mengistu is known for the horrible treatment of his own Ethiopian citizens (The Red Terror happened on his watch, as well as the 1984 Ethiopian famine which killed more than 1 million people) and has actually been convicted of genocide, his regime should also be characterized by its harsh treatment of the Eritrean independence movement. A compulsive warrior, Mengistu constantly bought newer and more advanced arms, hoping that it would give Ethiopia a comparative advantage in the struggle. “Ranked the poorest nation on the globe by the World Bank, Ethiopia was nonetheless spending more than half its government revenue on arms.” (page 345) A force of nearly 500,000 Ethiopian soldiers were dispatched to control Eritrea (with its population of little more than 3 million people), but were still unable to declare victory.

When the USSR decided it could no longer sponsor communist projects abroad in the late 1980s, Mengistu started to align himself with a new power in order to get the arms he needed to win over Eritrea. Mengistu turned to Israel, utilizing the Ethiopian Falasha Jews as bait. “Washington decided to turn a blind eye to Israeli military training in Ethiopia and the dispatch of army uniforms, boots and tens of thousands of supposedly ‘obsolete rifles’, while warning both Addis [Addis Ababa – Ethiopia’s capital] and Tel Aviv [Israel’s capital] it would not stand for deliveries of heavy munitions” (page 351) However, in 1990, when the Eritrean rebel forces finally took the port city of Massawa, Ethiopians responded by utilizing Israeli cluster bombs – exposing Israel’s deep involvement in the country.

This book delves a little into the more recent events of Eritrea, sharing details about the border dispute with Ethiopia which led to a two year war in the early 2000s. However, what the author truly describes is a history of a country with little history of its very own. Instead, it is a mixed bag of colonial powers and superpowers – each trying to flex its muscles a bit more than the other.

Please feel free to comment on these topics or note something interesting from the book. I look forward to hearing your opinions!
Posted by Unknown at 2:50 PM