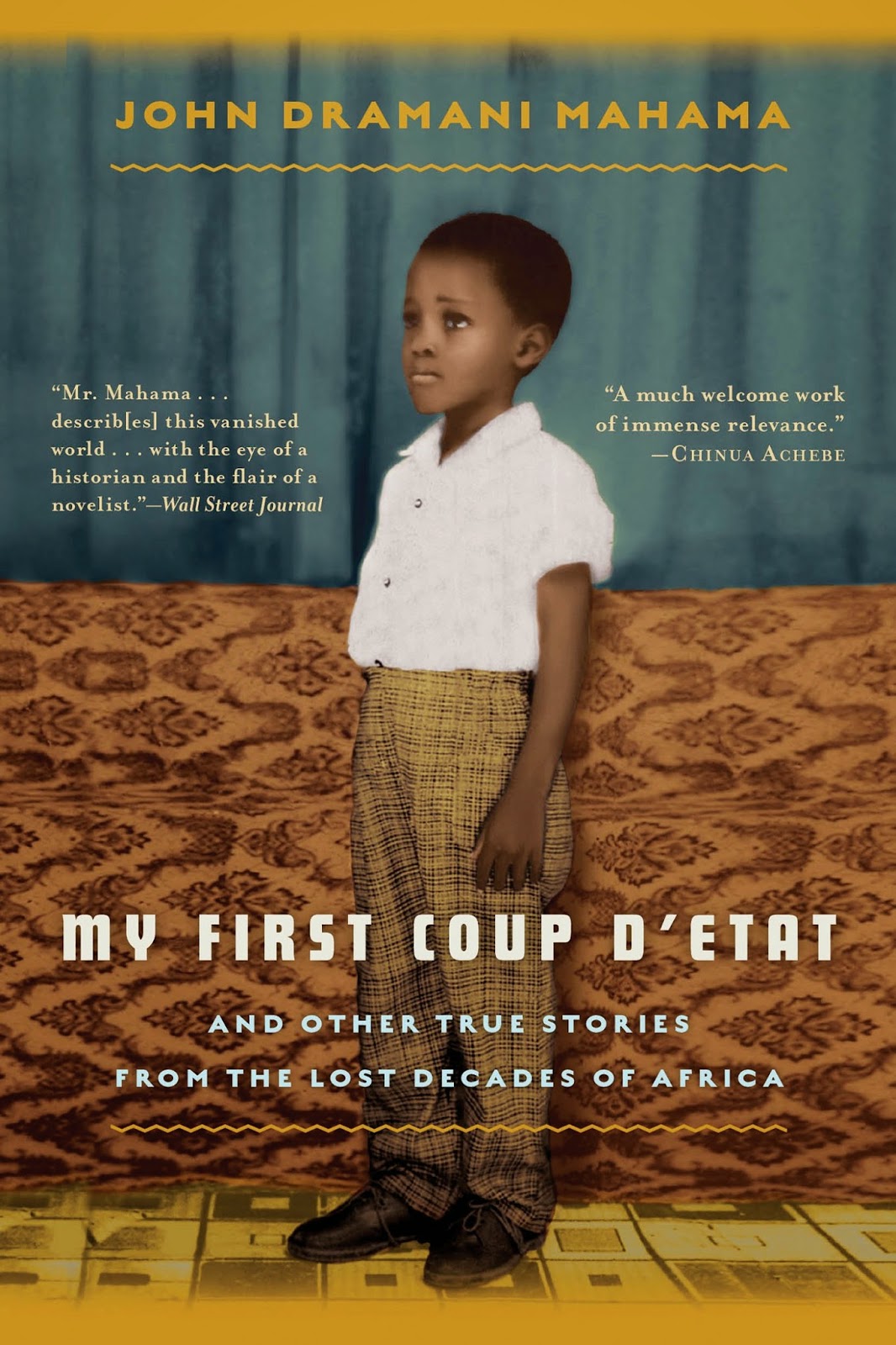 “You are from South Carolina?” the taxi driver asked me excitedly.

Somewhat shocked to receive this level of enthusiasm about my home state, I gave him an affirmative answer and immediately asked him why his interest in South Carolina.

“The people from my country, Sierra Leone, were brought there as slaves. And whenever I see a black person from South Carolina, they look like they are from my homeland,” he began to explain to me. “My friend he married a Geechee woman. You know what a Geechee is, right?”

I proceeded telling him all I knew about the Geechee/Gullah people, communities of descendants of African slaves in South Carolina who never fully assimilated to western culture and kept a great deal of their native African cultural influences. I didn’t have a lot of information at my disposal, just tidbits that I remembered from Gullah guests during their visits to my primary school. It was enough information to make him incredibly animated, though. “When my friend’s wife talks, she uses words that we use in Sierra Leone! Can you imagine?” he looked back at me and smiled broadly.

This exchange made a strong impact on me. I had just been to the Statehouse in Columbia, South Carolina. Publicized extensively in the mire of controversy, the South Carolina Statehouse became the site of a nationwide debate around the 2000 presidential elections in the United States, due to the refusal to remove the Confederate flag from the Statehouse grounds (albeit, it was finally moved from the dome to a monument.) The year following, there was enough momentum to commission, fund, and build a monument dedicated to African American history on the Statehouse grounds. When I went there, I found the monument very powerful. While the sculpture was breathtaking in and of itself, what really made an impact on me was the depiction of a crowded slave ship, as well as rocks from the original ballasts of the slave ships from Sierra Leone, Ghana, Senegal, and the Congo. I began thinking about how unfair our education system is here in the United States – the histories  of our European ancestors are so excellently memorialized in our historical education books, while I doubt most students could even find Sierra Leone or Ghana on a world map.

It was with these experiences in mind that I embarked on reading about Ghana, a country whose coast is still lined with slave forts and castles. I chose “My First Coup D’état and Other True Stories from the Lost Decades of Africa” by John Dramani Mahama. Much to my embarrassment, after reading the entire book and looking the author up on Wikipedia, I discovered that he is the current President of Ghana. (It is proof that I still have a heck of a lot to learn about Africa, y’all.) Mahama first assumed the presidency in 2012 following the death of President John Atta Mills after having served as the Vice-President since 2009. (Mahama was previously a member of Ghana’s Parliament from 1997 to 2009 and he also served as the Minister of Communications from 1998 to 2001.) 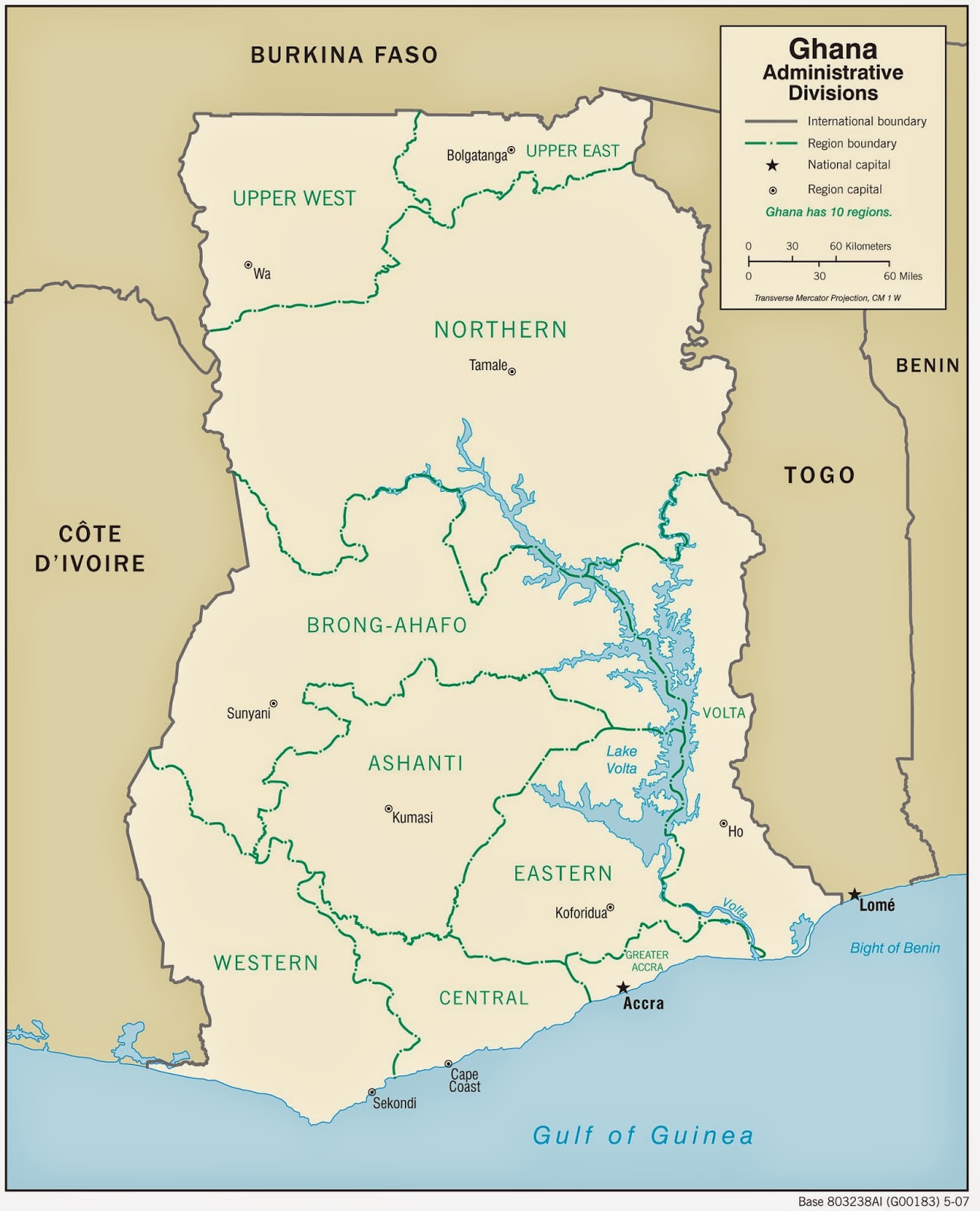 Ghana is about the size of the state of Oregon and is located in West Africa, in between the countries of Ivory Coast, Burkina Faso, and Togo. Ghana was the first Sub-Saharan African country to gain independence from its European colonizer: “On March 6, 1957, the British colony called Gold Coast became Ghana, an independent self-ruled nation. As a result, Ghana was and still is the country heralded as the trailblazer of the African liberation movement.” (page 8)

This book is a beautiful read, from beginning to end. The book delves into Mahama’s childhood and his education, with the backdrop of the chaos of Ghana (and to an extent, all of West Africa) during the 1960s and 1970s. Born into a privileged existence with a father who was first a government minister and then later a successful businessman (before losing his enterprise and going into political exile), Mahama’s story is a unique one. The beginning of his life was spent inside such settings as fancy cars with chauffeurs, his father’s many houses throughout the country, and nice boarding schools. His existence is doubtlessly privileged, but his objective view to his own life makes the book read less like a self-congratulatory ode (that is often characteristic of politicians, regardless of culture) and more of a skilled writer’s eloquent coming-of-age memoir.

The first story begins in 1966, with Ghana’s first coup d’état against Kwame Nkrumah, one of the leading intellectuals against British colonialism. The coup occurred as Nkrumah was in North Vietnam on a state visit by Lt. General Emmanuel Kwasi Kotoka (who was killed the following year in another coup.) Although the coup was swift and more or less “bloodless,” it had a profound impact on the young Mahama, who was less than ten years old. His father was imprisoned and detained for his role in the previous government, greatly changing the dynamics, as well as the economic situation of his family.

As Mahama described, “Ghana’s leadership had been something of a revolving door of names since that first coup d’état in 1966.” (page 129) Indeed, his entire childhood was influenced by the rise and fall of governments. After his father was released from prison, he was banned from serving the public, after which he moved to the Northern area of Ghana and started a rice farm, which became very successful through commercial farming. This was in part due to the new military government of Colonel Ignatius Kutu Acheampong, who led a coup d’état in 1972. Although the constitution was suspended, his initial goal “was to redeem the country, to see it gain self-sufficiency and achieve national unity.” (page 161) He enacted a Feed Yourself campaign, which provided support for Ghanaian large-scale farms. However, as time went on, Acheampong became more and more paranoid. In this process, he began to see Mahama’s father as an enemy, prompting him to lose his commercial rice enterprise. His paranoia to maintain power did not just affect Mahama’s family personally, but affected all the socio-economic groups of Ghana, as shortages and rations became the norm. “The military moved into all facets of Ghanaian life, especially the country’s economic life…. Since Ghanaians were not living under constitutional rule, soldiers acted with impunity, even bringing summary discipline to civil life.” (page 184)

Mahama constantly experienced the government’s encroaching power into his life. One example was during fraudulent elections nationwide, in which he and his classmates tried to protect the ballot boxes located at their local high school in the name of socialism, only to have a truck load of government-sponsored thugs physically beat them. Another example was when he had to help smuggle his father out of the country when his father was requested to return to police for questioning, due to a new political post during Ghana’s so-called “Third Republic.” In the meantime, he studied history and communications, worked as a teacher, lived in Nigeria for a time, and then studied in the Soviet Union at the time of Gorbachev’s glasnost (a time in which he discovered that socialism indeed had its own challenges.) It is a beautiful and full narrative and ends with an encouraging view about Africa: “In 1992, Ghana adopted a new constitution and entered into an era of democracy and constitutional governance.” (page 312) Indeed, nowadays, Ghana is viewed with admiration for its growing economy and free press.

Albeit, this is a story about one’s coming of age in a political context, there are several passages from the book that shed light on growing up in West Africa during this particular time in history. Some of my favorites include:


Please feel free to comment on these topics or note something interesting from the book. I look forward to hearing your opinions!
Posted by Unknown at 11:15 PM 33 comments: